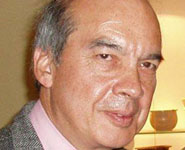 Geoffrey Hanks, Emeritus Professor of Palliative Medicine at the University of Bristol, died on 27 June 2013. Professor Karen Forbes and Dr Colette Reid offer an account of his life and achievements.

Geoffrey Warren Hanks was born in Bangalore in 1946. He graduated from University College Hospital Medical School in 1970 and after clinical training spent a year in general practice. He worked from 1975 until 1979 in senior positions within the pharmaceutical industry, until in 1979 he was appointed Research Fellow and Honorary Senior Registrar at Sir Michael Sobell House, and the Oxford Regional Pain Relief Unit, where he conducted research and clinical work in the palliative care unit with Robert Twycross. In 1983 he was appointed to the first hospital consultant post in Palliative Medicine in the UK at the Royal Marsden Hospital, where his research on modified-release morphine was to revolutionise cancer pain management worldwide. Subsequently, he took up the first University Chair in Palliative Medicine in Europe, at the United Medical and Dental Schools of Guy’s and St Thomas’ Hospitals (UMDS) of the University of London.

In 1993, Geoff moved to Bristol to a new Chair and Department created for his team, who all moved with him. The research and teaching programme in Bristol led to the team achieving one of the most comprehensive courses in palliative medicine for undergraduate medical students in the UK, and the development of the first modular Masters degree in Palliative Medicine exclusively for doctors.  Geoff was involved in clinical care, teaching and examining, and research throughout his career. He retired from his clinical role in Bristol in 2006, but continued as Emeritus Professor of Palliative Medicine at Bristol and as Professor, Department of Cancer Research and Molecular Medicine, at the University of Science and Technology, Trondheim, Norway.

Innumerable appointments and invitations from national and international bodies brought Geoff to work and lecture in more than 40 different countries. He had considerable experience of committee work both in the UK and internationally, including work for the World Health Organisation Expert Advisory Panel on Cancer. He chaired research committees for both major cancer care charities in the UK (Macmillan and Marie Curie), was Chairman of the Commissioning Group for the NHS Cancer Research and Development Programme, and was a member of many other advisory committees and boards for governmental and charitable organisations both in the UK and overseas. He was chair of the professional advisory committee at the Macmillan Cancer Relief Fund from 1985-2001. Under his chairmanship, Macmillan played an often forgotten but vital role in establishing palliative medicine as a specialty by funding the majority of the initial wave of training posts for senior registrars once formal approval had been given for subspecialty (and later, specialty) status to be accorded to palliative medicine. On his retirement from the Board he was awarded the Gold Medal of Macmillan Cancer Relief (2001) and elected a Vice Chairman of Macmillan for ‘outstanding contributions to patient care’. He also received the Hambro Macmillan Fellowship for ‘exceptional work which has benefited people with cancer worldwide’.

Geoff was one of the 42 founding members of the European Association of Palliative Care (EAPC) in 1989. Throughout his life he remained an enthusiastic supporter of the EAPC which has grown to represent more than 80,000 members across Europe. He chaired the scientific committees of the first congress in Paris in 1990 and was Vice President, (1989-1995), President (1995-1999) and Honorary President of the Association. He led and participated in a number of research and study groups within the EAPC and its Research Network, being the main author of the EAPC guidelines on morphine and opioids for cancer pain in 1996, 2001 and 2012. He was the senior editor of four editions of the Oxford Textbook of Palliative Medicine, which was the first textbook of its kind, and was sincerely proud of this hugely successful publication.

By reading the list of his publications one can easily follow the main course of a new discipline tackling the pharmacology of opioids and the refinement of cancer pain management.  Research and teaching went hand in hand in his career; his papers, even those published many years ago, remain relevant. The metabolism of morphine and the explanation of its unexpected potency when given orally, opioid side effects, the use of methadone, and the cognitive effects of opioids are only a few publications in his rich and extensive portfolio. In 2002 he was awarded a DSc (Med) (London) in recognition of a substantial and sustained contribution to scientific knowledge for his work on ‘Some aspects of therapeutics in palliative medicine’.

Geoff had an authoritative role in all the areas of palliative care in which he was involved. He was perceived as both a leader and a resource. Indeed, at international conferences, we said often that everyone wanted their little piece of him. Many messages have been received from colleagues worldwide since the news of his death. Those who wrote remembered his kindness, gentleness, wisdom and dry humour. He was described as a leader, friend, mentor and a man who fought against indifference.  It is also clear from these many messages that Geoff was a man who inspired confidence and nurtured ability in others. His career is replete with doctors who began their clinical and research careers and studied successfully for postgraduate degrees under his supervision and care.

Geoff valued contributions from others, no matter what their role or status. He made people feel as if their opinion mattered, even to this ‘giant’ of palliative medicine. Those of us who worked with him clinically also experienced him making patients feel this way. Once, on the professorial ward round, having dealt with an elderly man’s symptom problems, Geoff finished by asking 'Is there anything else I can do for you?' The man replied that he was having difficulty putting his slippers on because he couldn’t bend down. Geoff did not look for a nurse, instead he knelt down at the patient’s feet and put his slippers on for him. These are his greatest legacies: his enormous contribution to the management of pain in advanced disease for patients worldwide; and his teaching by example that, no matter how important, one can always treat others with respect, kindness and compassion.

Geoff served on the Advisory Board for Dimbleby Cancer Care from 2005-11, and they have kindly set up a fund to support a palliative care research proposal in his name.  Colleagues who wish to make a donation and leave a message can do so at www.justgiving.com/GeoffHanksMemorialPage.