Genetrainer in the running for major technology award 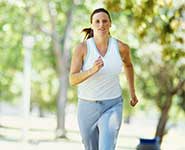 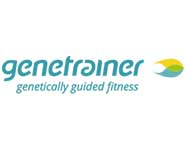 A spin-off company, Genetrainer, building on University of Bristol research by its founders, Bristol PhD graduate, Ralph Pethica and Julian Gough, Professor of Bioinformatics in the Department of Computer Science, has been selected as a finalist in a startup competition at Europe’s largest technology conference.

The startup company, Genetrainer, building on University of Bristol research by its founders, Bristol PhD graduate, Ralph Pethica and Julian Gough, Professor of Bioinformatics in the University’s Department of Computer Science, has been selected from over 350 startups to be one of 16 finalists in the LeWeb Startup Competition.

Genetrainer provides people with personalised training plans, exercises and advice developed from their own DNA and it gives people a faster and more measurable way of achieving their individual training goals.

Heart rate, sleep and weight can all be tracked, so people can monitor their progress and fitness in real time. The system enables people’s training plans and advice to be automatically synchronised with their body condition and current fitness level.

Professor Gough, speaking about Genetrainer, said: “Being selected as a LeWeb finalist at the largest and most important industrial web conferences in Europe is a first for the University and demonstrates how research across faculties, from bioscience to computer science, can be translated.”

Genetrainer is compatible with a range of popular commercial genetic tests. People simply select their fitness goals and their results and plan are generated computationally personalised to their genetic constitution.

The two-day LeWeb technology conference will take place on Wednesday 5 and Thursday 6 June.  Previous speakers have included the founders of Google and YouTube.

The LeWeb Startup Competition will select three young companies that have developed real time applications for the mobile marketplace. The three winners will receive their prizes on the plenary stage on June 6.

Genetrainer’s pitch will be broadcast live on YouTube on Wednesday 5 June at 4.20 pm.

Professor Julian Gough has been funded by the University of Bristol’s Enterprise and Impact Development Fund and a BBSRC Pathfinder award, which has resulted in the spin-off company, Genetrainer.

The LeWeb’13 London StartUp Competition is sponsored by HP and organised in collaboration with GuideWire.