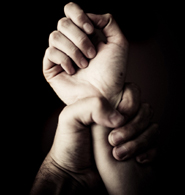 Men and women with mental health disorders, across all diagnoses, are more likely to have experienced domestic violence than the general population, according to new research from King’s College London’s Institute of Psychiatry, in collaboration with the University of Bristol.

Men and women with mental health disorders, across all diagnoses, are more likely to have experienced domestic violence than the general population, according to new research from King’s College London’s Institute of Psychiatry, in collaboration with the University of Bristol.

Internationally, the lifetime prevalence of physical and/or sexual partner violence among women ranges from 15-71 per cent. In the UK, the 2010/11 British Crime Survey reported that 27 per cent of women and 17 per cent of men had experienced partner abuse during their lifetime, with women experiencing more repeated and severe violence than men.  From March 2013, the UK Home Office will be amending its definition of domestic violence to include 16 and 17-year-olds, and will be defined as “any incident or pattern of incidents of controlling, coercive or threatening behaviour, violence or abuse between those aged 16 or over who are or have been intimate partners or family members regardless of gender or sexuality. This can encompass, but is not limited to, psychological, physical, sexual, financial or emotional abuse.”

The NIHR is funded by the Department of Health to improve the health and wealth of the nation through research. Since its establishment in April 2006, the NIHR has transformed research in the NHS. It has increased the volume of applied health research for the benefit of patients and the public, driven faster translation of basic science discoveries into tangible benefits for patients and the economy, and developed and supported the people who conduct and contribute to applied health research. The NIHR plays a key role in the Government's strategy for economic growth, attracting investment by the life-sciences industries through its world-class infrastructure for health research. Together, the NIHR people, programmes, centres of excellence and systems represent the most integrated health research system in the world. For further information, visit the NIHR website (www.nihr.ac.uk).

The Programme of Research on Violence in Diverse Domestic Environments (PROVIDE) is a 5 year research programme funded by the National Institute for Health Research. It is a collaboration between the University of Bristol, the London School of Hygiene and Tropical Medicine, King’s College London’s Institute of Psychiatry, Domestic Violence Training Ltd, Bristol Next Link, Cardiff Women’s Aid and Guy’s & St Thomas’ NHS Foundation Trust. Website: http://www.bris.ac.uk/social-community-medicine/projects/provide/