Bristol mayor now ‘needs to deliver what the voters want’ 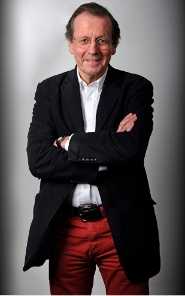 Local government experts from the University of Bristol have given their reaction to the election of the city’s first mayor – independent candidate George Ferguson.

Professor Alex Marsh and Dr David Sweeting, from Bristol University’s School for Policy Studies, are working alongside colleagues at UWE Bristol and Bristol City Council on a study which scrutinises the transition period before and after the election of a directly elected mayor.

Speaking from the count as the campaign reached an exciting climax, Dr Sweeting said: “Opinion was split as to whether George could beat Labour candidate Marvin Rees but in hindsight it isn’t a huge surprise that the people of Bristol have elected an independent. It’s a choice which fits well with Bristol as a city, and is in-line with other places in the country which have chosen independent mayors.

“The general mood is one of optimism because George has a good track record of doing things for the benefit of Bristol, from being involved with the Tobacco Factory to the harbourside redevelopment. He’s very well-connected within influential Bristol networks and I’m sure he’ll use this influence for the good of the city. Not being a party politician can hopefully work to his advantage too.

“He’s already pledged to knock on the door of Downing Street to say that Bristol’s delivered what they wanted by electing a mayor. Now we’ve given George what he wants, let’s hope he can deliver what we as voters want.”

He was awarded an honorary degree in 1999 in recognition of his services to architecture, having spearheaded transformational regeneration projects at a local and national level.

Tensions were high when results from the first round of counting was announced, with Mr Ferguson securing 31,321 votes and Labour candidate Marvin Rees coming in second place with 25,896 votes. The top two candidates received about 63 per cent of the vote between them and proceeded to the next round of counting, while all other 13 candidates were eliminated.

The Bristol Civic Leadership Prospects Project is the first of its kind to scrutinise the transition period before and after the election of a directly elected mayor (DEM).

Bristol City Council is participating in the study and has given the researchers unparalleled access leading up to the election.

The study will survey a segment of the local population of Bristol and stakeholders about their thoughts and expectations about the governance of the city, both before the election and then in spring 2013.

It will assess what difference having a DEM makes and what steps can be taken to ensure that the introduction of a DEM brings about benefits and avoids potential disadvantages.