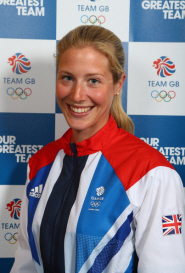 Former University of Bristol student Laura Bechtolsheimer has won a gold medal in the dressage at London 2012, helping Team GB to their best medal tally in over a century.

Laura was triumphant in the team dressage competition, scoring 77.873 per cent to win gold at Greenwich Park in front of a home crowd of 20,000 spectators.

The 27-year-old, who graduated in 2007 with a BSc in Philosophy and Politics, rode her trusted horse Mistral Hojris to keep the Brits ahead of their nearest rivals Germany, who have been reigning Olympic champions since 1976.

Laura, from Gloucestershire, joined teammates Carl Hester and Charlotte Dujardin on the top of the podium to collect Britain’s 20th gold of the Games and Great Britain’s first ever Olympic dressage medal.

It means Team GB has surpassed its success in Beijing four years ago and goes into the record books for the country’s best performance since 1908, when comparatively few countries took part in sporting events.

Laura’s success follows the silver medal won by sailor Iain Percy on Monday in the Men’s Star Class at Weymouth. The former Economics student, who studied at Bristol between 1995 and 1998, was aiming for a hat trick after winning gold at both the Sydney and Beijing Olympics, but he and partner Andrew Simpson lost out on the gold in the last few seconds of the final race.

Hurdler Lawrence Clarke, 22, began his campaign in the 110m hurdles this morning [Tuesday] with a confident run in the heats, finishing second behind American Jason Richardson in a time of 13.42 seconds. He will compete in the semi-finals on Wednesday night at 7.15pm.

He graduated last year with a 2.1 in Theology and Religious Studies and has since been training in Bath where he’s coached by Colin Jackson's old mentor Malcolm Arnold.

Sailor Hannah Mills is currently in second place with partner Saskia Clark in the women's 470 sailing competition today. The 24-year-old, who is currently studying Engineering but has deferred her final year to focus on her sailing ambitions, has two races left on Wednesday before Friday's medal race at Weymouth.

Hockey player and former Law student Georgie Twigg, 21, won a bronze medal as part of the women's hockey team after a 3-1 victory over New Zealand on Friday.