One touch towards the future 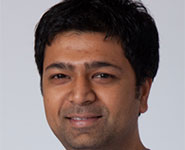 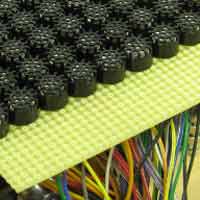 A new project, run by the University of Bristol and Pervasive Media Studio, will investigate how the emerging field of UltraHaptics might be used in a creative context in the future.

The aim of the project, run by the University of Bristol and Pervasive Media Studio, is to better understand how creative practitioners and developers can work together in creating new and novel user experiences using a unique haptic system, technology which takes advantage of the sense of touch by applying forces, vibrations, or motions to the user.

Each group will have access to the haptic kit along with a couple of projectors, and cameras. Through a series of guided and open sessions the groups will design and create a haptic experience. There will be several breakout sessions where teams can work on their design.

Dr Sriram Subramanian, Reader in the University’s Department of Computer Science’s Interaction and Graphics group and one of the organisers of the project, said: “We are keen to learn more about the design process so we will be talking and videoing how the groups interact with each other during the breakout sessions.

“It will be interesting to find out what real world applications could be designed to make use of this exciting new technology.”

During the two-day event the group will explore the design space and identify various application scenarios along with limitations and benefits of the haptic system; develop and share some ideas around haptic experiences, test and rapid prototype ideas in a supported environment and investigate how designers and developers talk/ think together about designing multi-sensory experiences.

About Bristol Interaction and Graphics

Bristol Interaction and Graphics is united by a common interest in creative interdisciplinarity. We act as a hub for collaboration between social scientists, artists, scientists and engineers to combine efficient and aesthetic design. We are particularly interested in areas which couple the design of devices with deployment and evaluation in public settings. Members of the group have expertise in research areas spanning human-computer interaction, visual and tactile perception, imaging, visualisation and computer-supported collaboration.

The group is based in the University of Bristol’s Department of Computer Science.