MyGames project calls for your images of London 2012 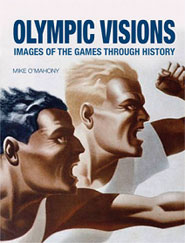 The University of Bristol is calling on members of the public across the South West to help with a new research project which aims to preserve and present the most imaginative, quirky, diverse and entertaining visual responses – photos, drawings, paintings etc – to London 2012.

The MyGames project aims to establish an alternative visual archive to the more formal record of this year’s Olympic and Paralympic Games that is being officially collected.  Anyone and everyone is invited to submit photos and other images that express their personal interaction with, or response to, the Games this summer.

These could be images recording a journey to watch an event live, or documenting the experience of listening to the Games on the radio whilst mowing the lawn or being inspired to play games on a local level – or, perhaps, even ignoring the Games altogether or protesting against them.

All images are welcomed and can be submitted to the MyGames website by emailing an image file as an attachment to: mygamessouthwest@gmail.com

Dr Mike O’Mahony, an art historian at the University of Bristol and leader of the project, said: “The MyGames project provides an ideal opportunity to generate a visual archive recording how the Games are experienced not just by those performing, but also by those watching.

“Rather than foregrounding officially sanctioned images of the Games, the project seeks to gather a wider array of visual responses produced not by professional artists, photographers and designers, but by the general public.

“In this way it seeks to establish and preserve a unique visual archive documenting the diverse ways that the Games impact upon all our lives. Please feel free to contribute your images. These are, after all, the People’s Games, so let’s preserve an archive that reflects that status.”

The project builds upon Dr O’Mahony’s recent research into the visual culture of the Olympic Games which examined responses to past Olympic Games from 1896 to 2008 and resulted in the publication of a book Olympic Visions: Images of the Games through History.

How to participate in the MyGames project

To submit an image to the ‘My Games’ site, please send an image file as an attachment to: mygamessouthwest@gmail.com

Please include details of who took the photograph, where and when. We cannot guarantee to include all photographs on the project website, but hope to display a selection of the most interesting and imaginative works sent there.

Olympic Visions: Images of the Games through History is the first book to offer an in-depth analysis of images and objects relating to the greatest sports show on earth.  It explores how poster artists, filmmakers, architects, designers, painters and sculptors have contributed to this unique global sporting event from the first staging of the modern Olympic Games in 1896 to the present day.

Beautifully illustrated with 116 plates, 40 in colour, Olympic Visions explores the way that visual culture has shaped our understanding of how the Games have evolved and responded – sometimes in highly controversial ways – to constantly changing social and political circumstances.

Olympic Visions: Images of the Games through History is published by Reaktion Books, £22.

Dr Mike O’Mahony is Senior Lecturer in the Department of History of Art at the University of Bristol.  He is the author of Sport in the USSR: Physical Culture – Visual Culture (2006) and Sergei Eisenstein (2008), both published by Reaktion Books, and is co-editor of The Visual in Sport (Routledge, 2012).