Honorary degrees awarded at the University of Bristol – Friday, 20 July 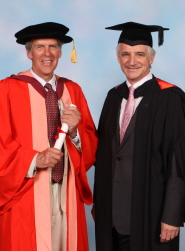 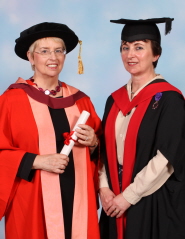 Leading Bristol figure Alastair Sawday, a well-known book publisher and advocate of the green agenda, will receive a Doctor of Letters honorary degree.

He created the popular Sawday travel guides, which highlight special places to stay around the world, but has also done a great deal of environmental work throughout his career.

As a past chair of the Bristol Green Capital Partnership, Alastair helped to orchestrate the city’s success in reaching the final shortlist of three cities to become European Green Capital. He’s also founder director of Bower Houses and Vice-Chair of the Soil Association.

Diplomat Dame Denise Holt will be awarded an honorary Doctor of Letters degree in recognition of a distinguished career since graduating from the University of Bristol.

She studied French, Spanish and Politics before joining the Foreign and Commonwealth Office. Dame Holt went on to become the British Ambassador to Mexico, supporting British business interests in the world’s ninth largest economy.

In 2007, she was appointed British Ambassador to Spain - the first woman to hold this office between the UK and Spain since Catherine of Aragon, and the first British woman Ambassador in 500 years of resident diplomatic relations.