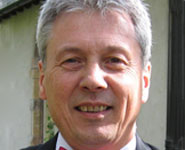 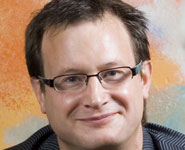 The winners of the University’s 2011/12 Engagement Awards have been announced.

The Awards, sponsored by the Society of Merchant Venturers and judged by the Engaged University Steering Group, are given in two categories: Group and Individual.

Professor Kirwan is director of The Academic Rheumatology Unit, a collaborative venture between the University of Bristol, the University of the West of England and University Hospitals Bristol NHS Foundation Trust. The Unit is committed to involving patients and the public in its research programme – to the extent that many of its research publications have one or more patient research partners as co-authors – and in the development and delivery of its clinical service. The Unit’s Patient Advisory Group now has an international profile through its involvement in a global network called OMERACT (outcome measures in rheumatology).

Professor Kirwan said: ‘We are delighted to have received this award. Working in close collaboration with Professor Sarah Hewlett at the University of the West of England, we have worked hard to ensure our combined Academic Unit reaches out to the local community. Including our patients as partners has enriched our research and teaching.’

Professor Hood’s public engagement activities have included talks and hands-on sessions for the public at At-Bristol (with colleagues from the Bristol Cognitive Development Centre), community lectures in Bristol and elsewhere, and frequent appearances at science conventions and festivals across the world. He was chosen to present the 2011 Royal Institution Christmas Lectures, which became the most popular programme on BBC Four during the festive period. Professor Hood also secured funding from the University’s Enterprise and Impact Development Fund to develop an outreach programme and teaching package based on the lectures, to be delivered to children through the UK Association for Science and Discovery Centres. He has been working closely with At-Bristol to ensure that the material is appropriate for the needs of science centre staff.

Professor Hood said: ‘It is enormously satisfying to receive Bristol University's recognition for my work. I know I must be on the right track’.

David Marsh, Master of the Society of Merchant Venturers, said: ‘The Society is always delighted to support Bristol University, and especially in this case, where the emphasis is on engagement with the public. The breadth of entries was matched by the care taken by the judging panel. We congratulate Professor Kirwan and his team, and Professor Hood, for their impressive achievements in public engagement.’

The Centre for Public Engagement has recently commissioned four short films which focus on different examples of public engagement within the University of Bristol, and include case studies of both Professor Kirwan's work with patient partners in the Academic Rheumatology Unit and Professor Hood and colleagues' public engagement work in Experimental Psychology.

The films are available to view online on the University's youtube channel under the Public Engagement playlist.