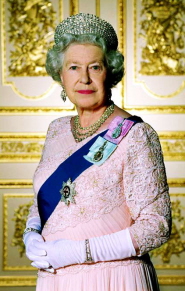 Portrait of The Queen taken in 2002 John Swannell/Camera Press

From the Queen’s dresses to the historical importance of her Diamond Jubilee, the University of Bristol is organising two special lectures to celebrate the monarch’s 60 years on the throne. The two lectures are free and open to the public as part of the city’s wider plans to mark the occasion.

The two lectures are free and open to the public as part of the city’s wider plans to mark the occasion.

Professor Jutta Weldes kicks off the celebrations at M Shed on 9 May with ‘Dressing up and Queening it’: Queen Elizabeth II, dress and British public diplomacy - a look at how the Queen’s dresses have represented the monarchy and the country.

Then one of Britain’s leading historians will put this summer’s festivities into context on 10 May with a lecture entitled Sixty years a queen: The Diamond Jubilee in historical perspective at the Wills Memorial Building.

Professor Sir David Cannadine, currently based at the University of Princeton, will compare the celebrations for Queen Elizabeth II in 2012 with how Queen Victoria’s Diamond Jubilee was marked in 1897.

Professor Cannadine is well-known for his media commentary and books about modern Britain from 1800 onwards, with a particular focus on the British aristocracy, issues of class and the themes of cultural expression and ceremony both within Britain and its empire.

An exhibition at Buckingham Palace inspired Professor Weldes, a Professor of International Relations, to look into how the dresses and jewellery worn by the Queen on state visits represent the monarchy and Britishness. Her subsequent research reveals the importance of monarchial dress and its influence on Britain’s public diplomacy.

Professor Weldes, in the School of Sociology, Politics and International Studies, said: “Dress is, in general, much more important for politics than we tend to assume. The production and design of the Queen’s dresses, their use in public diplomacy at home and abroad, and their later exhibition, is full of interesting political meanings that my co-author and I are keen to explore and share with the public.”

Further information on other events taking place across Bristol to mark the Diamond Jubilee can be found on the Bristol Jubilee website.