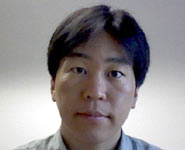 Dr Katsu Goda, Lecturer in the Department of Civil Engineering

Dr Katsu Goda, Lecturer in the Department of Civil Engineering at the University of Bristol, is to receive the 2012 Charles F. Richter Early Career Award, given by the Seismological Society of America (SSA).

The award to Dr Katsu Goda, Lecturer in the Department of Civil Engineering, is the highest recognition for young researchers from the SSA.  It honours outstanding contributions to the goals of the SSA by a member early in their career.

Unique features of his research include the optimisation of seismic design from a life cycle cost perspective by taking risk attitudes of decision makers and public safety into account.

In particular, one of his innovative and significant achievements is the development of statistical models of spatially correlated seismic excitations. They constitute the essential part in extending conventional seismic hazard/risk analysis for a single site to that for multiple sites, and open an avenue to many important applications, such as earthquake insurance portfolio analysis. This work is pioneering and has made a high international impact.

The news of Dr Goda’s award by the SSA was announced last week [16 April 2012] at their Annual Meeting in San Diego.  The award reception will take place at the 2013 Annual Meeting.

The Charles F. Richter Early Career Award honours outstanding contributions to the goals of the Seismological Society of America (SSA) by a member early in her or his career. No more than one Richter Award may be given each calendar year. The Richter award is presented at the annual meeting following the year of the award.

The Seismological Society of America (SSA) is a scientific society devoted to the advancement of earthquake science and is one of the most respected academic societies in seismology. Founded in 1906 in San Francisco, the Society now has members throughout the world representing a variety of technical interests: seismologists and other geophysicists, geologists, engineers, insurers, and policy-makers in preparedness and safety. It also publishes the Bulletin of the Seismological Society of America (BSSA).

Dr Katsu Goda, Lecturer in the Department of Civil Engineering at the University of Bristol, has received international recognition for his research, such as, the NSERC PDF award (Canada), Humboldt PDF award (Germany), SSA Travel Grant (USA), and Kajima Research Grant (Japan). Last year he won a 2011 Philip Leverhulme Prize from the Leverhulme Trust and he has recently been selected as a member of the EEFIT reconnaissance mission for the 2011 Tōhoku earthquake in Japan, funded by the EPSRC (EP/I01778X/1).

He has authored 45 peer-reviewed papers in leading international journals and 18 international conference papers, and has an H-index of ten.