Issues of faith, God and morality on the agenda for awareness week 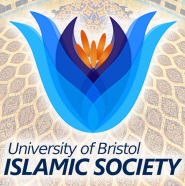 Discover Islam Week - an award-winning series of events - begins on Thursday, looking at challenges faced by a modern society and the role of Islam. A series of seven talks are the centrepiece for the awareness week, organised by the University of Bristol Islamic Society, culminating in a multi-faith panel which will debate what faith means in the 21st Century.

A series of seven talks are the centrepiece for the awareness week, organised by the University of Bristol Islamic Society, culminating in a multi-faith panel which will debate what faith means in the 21st Century.

The Lord Mayor of Bristol, Councillor Geoff Gollop, will attend the first day of the arts and poster exhibition, which is being held in the Great Hall at Wills Memorial Building from 23 to 27 February.

There will also be an information stall on Woodland Road where volunteers will be on hand to issue leaflets and answer any questions from 20 to 24 February.

Last year, Discover Islam Week won two awards at the University of Bristol Union Awards. These were ‘Campaign of the Year’ for its range of engaging activities and ‘Best Collaboration’ for the multi-faith panel discussion which was jointly-organised by the Islamic Society, Christian Union and Jewish Society.

The talks being held every evening as part of Discover Islam Week are:

Ali Azzam Naeem, Vice President of the University of Bristol Islamic Society, said: “Discover Islam Week is an annual campaign that aims to hold discussions about faith, God and morality. This year’s theme is ‘The Unseen Reality’ which alludes to the challenges faced by our modern society which perhaps most of us overlook in day-to-day life and aims to look for a solution.

“Discover Islam Week is held first and foremost with the intention of introducing the student and local community to Islam. It’s an event we run every year. Furthermore, we feel events like DIW are necessary to dispel misconceptions about Islam.”