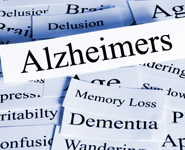 Two Bristol University neuroscientists have become the only UK-based academic members of a major European Union-funded consortium dedicated to accelerating the next generation of Alzheimer’s disease research and drug discovery.

Two Bristol University neuroscientists have become the only UK-based academic members of a major European Union-funded consortium dedicated to accelerating the next generation of Alzheimer’s disease research and drug discovery.

The “Pharmacog” consortium, which stands for ‘prediction of cognitive properties of new drug candidates for neurodegenerative diseases in early clinical development’, is part of the EU’s Innovative Medicines Initiative (IMI) and is initially funded for five years with over €27 million.

The consortium’s aims are to provide the tools required to predict new effective medicines from laboratory studies and clinical models, thereby reducing the development time of new medicines and thus accelerating the approvals of promising new medicines.

Dr Jon Brown from the University’s School of Physiology and Pharmacology, said: “To successfully develop the next generation of Alzheimer’s disease therapies requires concerted efforts from both academic researchers and Pharmaceutical companies, consequently we are delighted to become the first UK academics to be invited into this major research initiative.”

Professor Andy Randall added: “Over the next three years we are looking forward to combining our existing Medical Research Council-funded Alzheimer’s disease research with the goals of this exciting consortium. We are already experiencing the benefits of Pharmacog membership with offers of further research support for additional collaborative projects with some of the pharmaceutical company members of the consortium.”

Today approximately 26 million people world-wide suffer from Alzheimer’s disease. In the EU, the percentage of over-65s will raise from 15.4 per cent to 22.4 per cent which will correlate with a rise in Alzheimer’s disease and with it the burden on society. There is no current cure for Alzhiemer’s disease, treatments for symptoms are limited, but combined with the right services and support, can make life better for the patients (1).

Dr Simon Ridley, Head of Research at Alzheimer’s Research UK, said: “Alzheimer’s disease affects over half a million people in the UK alone, yet research into the disease is hugely underfunded. Initiatives such as Pharmacog, which promote collaboration across countries and research sectors, could provide an excellent way for progress to be made in developing new treatments to tackle this devastating disease.

“We know that Alzheimer’s scientists in the UK punch above their weight in terms of research quality and expertise, and we are pleased to see that scientists from our Research Network in Bristol are representing the UK in this initiative.”