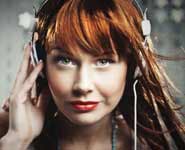 A new web app that allows budding musicians to score their own songs to find out if they have hit potential has been launched by the University of Bristol’s Intelligent Systems Laboratory.

The app follows on from a paper presented at an international workshop last month that suggested it is possible to predict hits in the UK top 40 singles charts.  The research team behind the app and study is based in the University of Bristol’s Intelligent Systems Laboratory in the Faculty of Engineering and is led by Dr Tijl de Bie.  The app, which was developed with the assistance of Panagiotis Tigkas, a former University of Bristol MSc student, is available at www.scoreahit.com/App

Dr Tijl de Bie, Senior Lecturer in Artificial Intelligence, said: “We took great care in creating this app and hope people have fun using it.  However, because it’s not 100 per cent accurate it won’t guarantee a hit record.  The hit potential equation is based on today’s music, so people scoring old songs will be estimating their hit potential today, not at the time they were released.”

To use the app people will need to register and there is a daily limit to the number of queries submitted.   After registering, a private URL will be emailed to the app for people to use.  The app enables the scoring of many existing songs by title and band name, or people can score any of their own songs as long as they are online.

The research issued last month looked at the official UK top 40 singles chart over the past 50 years.  The team’s aim was to distinguish the most popular (peak position top five) songs from less popular singles (peak position 30 to 40).

The researchers used musical features such as, tempo, time signature, song duration and loudness.  They also computed more detailed summaries of the songs such as harmonic simplicity, how simple the chord sequence is, and non-harmonicity, how ‘noisy’ the song is.

The results of the study differ from previous research, which has so far not been shown to predict hit potential.  A possibly important qualitative difference with previous studies is the use of an adaptive machine learning method to account for evolving musical taste.

A website, scoreAhit, about the research is available at www.scoreahit.com

The team by using state-of-the-art machine learning algorithms came up with a system for working out which songs are more likely to ‘make it’ in the charts and also the features which make up the perfect hit.

A ‘hit potential equation’ that scores a song according to its audio features was devised. The equation works by looking at all the UK hits for a certain time and measuring their audio features. From this the researchers had a list of weights, telling then how important each of the 23 features was and allowing them to compute a score for a song.

The team found they could classify a song into a ‘hit’ or ‘not hit’ based on its score, with an accuracy rate of 60 per cent as to whether a song will make it to top five, or if it will never reach above position 30 on the UK top 40 singles chart.