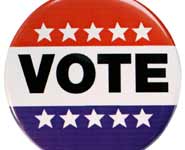 Research from the University of Bristol and Royal Holloway, University of London calls into question people's ability to form their own judgements about their preferred election candidate after finding voters could be heavily swayed by 'the worm' - a continuous response tracking measure this is increasingly being used in live election debates around the world.

The University of Bristol and Royal Holloway, University of London study, entitled “Social influence in televised election debates: a potential distortion of democracy” is published in the journal PLoS One.

Televised election debates were introduced in the United States in 1960, and now play a prominent role in the election campaigns of many countries. The United Kingdom held its first televised election debates between the leaders of the main parliamentary parties in 2010. To help viewers evaluate voter response to the issues discussed in the debates, broadcasters including ITV and the BBC made use of a sampling methodology often referred to as ‘the worm’; a similar methodology has been used by CNN in the United States and by broadcasters in Australia and New Zealand.

Unlike the sample sizes of hundreds or thousands of voters that are standard in political polls, the worm is based on a very small sample of undecided voters (sometimes as few as 12). These voters watch the debate live and record their satisfaction with what the leaders are saying using a handset. Their averaged responses result in a time series of data — the “worm” —  that is superimposed over the video of the debate.

The researchers carried out their study by manipulating the worm and superimposing it on a live broadcast of the third UK election debate, which was viewed by the study subjects. The experimenters successfully convinced the majority of the viewers taking part in the study that they were watching an authentic audience response to the live debate. Two groups of 75 viewers took part; in one group, the worm favoured the incumbent Prime Minister, in the other group it favoured the leader of the Liberal Democrats Nick Clegg.

Professor Jeff Bowers, from the University of Bristol’s School of Experimental Psychology, said: “Apart from the concerns about unintentional bias, there is real possibility that the worm could be used to systematically bias the outcome of the election.

“Given the small sample of undecided voters that generate the worm, just one or two persons could influence the worm by voting for one candidate no matter what.  The system is cute, but open to abuse.”

Professor Colin Davis, from the Department of Psychology at Royal Holloway, explained: “We were amazed by the size of the effect that our worms had on viewers’ opinions of who won the debate, and even on their choice of preferred Prime Minister. If our results were to generalise to the population at large, a biased worm in a debate shortly before polling day could determine the result of a close election.

He added: “In theory, an election debate should be an opportunity for the public to listen to the candidates and form independent opinions that are unfiltered by spin and commentary. The introduction of the worm compromises that possibility.

“The squiggly worm is certainly interesting to watch — sometimes more interesting than the candidates —  but there’s a real danger that we can get sucked in by the worm and allow it to sway, or even determine, our opinion. Results like ours force us to reconsider to what extent ‘our’ opinions really are our own.”