Autism – is the grandmother’s age significant? 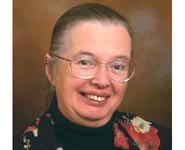 A report just published in the online journal, PLoS ONE, indicates that the mothers of children with an autistic spectrum disorder were themselves more likely to have been born to older mothers. These findings could open up new avenues in autism research.

There has been much discussion as to whether there is a connection between older mothers or older fathers and children with autism or an autistic spectrum disorder.  Some studies find a maternal age effect, others a paternal age effect, and some find both factors operating.

The new research, led by Professor Jean Golding and funded by the Medical Research Council, goes one step further by including the grandparental ages at the time that the parents were born. It is based on information from ALSPAC (Children of the Nineties), a long-term study which has followed the development of thousands of children for nearly 20 years.

There was an even stronger association with the age of the grandmothers at the time that the mothers were born.  Grandmothers who had been 30 or more when they gave birth to their daughters were nearly twice as likely to have a grandchild with an autistic spectrum disorder, and those who were over 35 were nearly three times as likely.

Mothers who were older when they gave birth tended to have had older mothers themselves.  Once the researchers had taken this into account, there was no additional association with the age of the mother.

Older grandmothers were also strongly associated with a communication trait among the total population, a trait that ALSPAC has previously found to be associated with autistic spectrum disorders.

Jean Golding, Professor Emeritus at the University of Bristol and founder of the ALSPAC study, said: “No other study, to my knowledge, has considered the grandparents’ ages in relation to autism, and other studies are needed to test against these findings.”

Marcus Pembrey, Professor Emeritus of Paediatric Genetics at University College London’s Institute of Child Health and co-author of the paper, said: “If these findings are replicated in other studies, they challenge the way we think about genetic and developmental influences in autistic spectrum disorders. They point to factors operating at the time when the mother was in the womb which may influence her developing ovaries and thus the genomes of her future children.”

Parental and Grandparental Ages in the Autistic Spectrum Disorders: A Birth Cohort Study by Jean Golding, Colin Steer and Marcus Pembrey PLoS One