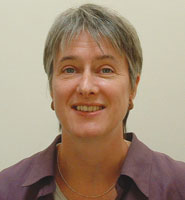 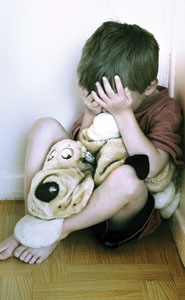 Professor Marianne Hester, internationally recognised for her research on domestic violence, will head the School of Policy Studies’ new Centre for Gender and Violence Research when it opens in October.

A quarter of the work that the police have to deal with is concerned with domestic violence. This is a startling statistic, but it illustrates an important change in attitudes that has occurred over recent decades. Twenty or 30 years ago, domestic violence was very much a private matter; more recently, emphasis has been put on a criminal justice approach to the problem and domestic violence is now a crime. Alongside this growing awareness of domestic violence and its cost for women with children has come increasing public and political concern. As a consequence, the Government has put a lot of energy and resource into developing work in this area. Nevertheless, the problem continues.

Domestic violence is a complex issue that requires a common understanding of all the problems and a co-ordinated response from the many agencies involved. Traditionally, the abuse of women and the abuse of children were examined as separate issues, with services and policies being developed at different stages by different groups in isolation. We now have a much better understanding of the interrelationship between domestic violence and child abuse. For example, we now know that when a woman is being abused, not only is her parenting capacity likely to be affected, but there is also a heightened probability that her children will be abused as well. Despite this improved understanding, Hester still feels that the agencies and services working to ensure the safety of women and children face particularly difficult challenges due to the contradictions that exist between the law and professional practices. To illustrate this, she has developed a ‘Three Planet Model’, where each ‘planet’ or region has its own history, culture and laws.

On this planet, domestic violence is considered a crime. The father’s behaviour is recognised by the police and other agencies as being abusive to the mother, so he could be prosecuted for a criminal or public order offence. He might also have a restraining or protective order taken out against him. At the same time, support agencies provide protection and refuge for the mother. The civil and criminal laws provide intervention and support mechanisms, and on this planet the focus is on violent male partners who need to be contained and controlled in some way in order to ensure that the women and children are safe.

When children are living with a mother who is experiencing domestic violence, another planet becomes involved where a different set of professionals live. Here, social workers reside alongside the National Society for the Prevention of Cruelty to Children – those who have a statutory duty to protect children – so this planet has a different population and consequently a different set of laws. Here public law deals with child protection and the approach is very different from that on the domestic violence planet. On the child protection planet, the emphasis is on the welfare of the child and its carer.

In order to protect the children, social workers are likely to insist that the mother removes herself and her children from the violent relationship. If she does not do so, it is she who is seen as ‘failing to protect’ and the children may then be removed into the care of the local authority. This puts the mother in a very difficult position and makes it more difficult for her to contact social services; thus the children remain vulnerable to abuse from the father. On the child protection planet, therefore, despite professionals identifying that the threat of violence comes from the man, it is the mother who is seen as responsible for dealing with the consequences and the violent man effectively disappears from the picture.

On this planet there is yet another population because a different set of professionals reside here, governed by private, not public, law. The Children and Family Court Advisory and Support Service has tended to place less emphasis on child protection and more on the idea that children should have two parents. In this context, an abusive father may still be deemed a ‘good enough’ father, who should at least have contact with, if not custody or residence of, his child post-separation. So the mother who has tried to protect the child from his violent behaviour by calling in the police and supporting his prosecution on the domestic violence planet, and by leaving him as instructed on the child protection planet, is now ordered to allow contact between her violent partner and children, leaving her confused and fearing yet again for the safety of her children.

Hester’s three planet model has now been taken up in the UK and across Europe, as well as in the US, by those who understand how important it is that a more co-ordinated approach should be taken to the issue of domestic violence. Apart from the misery it brings to the women and children who are its victims, domestic violence is also very expensive. In Bristol alone, the cost of domestic violence is estimated to be £26 million a year if just the services are taken into account. This rises to over £1 billion when human and emotional costs are included.

Clearly, the challenge now is to bring the three planets into alignment so that the safety of women and children becomes paramount. This requires a better understanding of the dynamics of domestic violence and a co-ordinated approach by all the agencies and services involved. Furthermore, it is vital that the gap is closed between ‘violent men’ on the one hand and ‘fathers’ on the other hand, so that violent men can be dealt with both as violent fathers and as perpetrators of domestic violence.

The success of the work done by Hester and her colleagues in understanding and combating domestic violence, and the impact this has had on policy both nationally and internationally, has meant that the research group has grown to such an extent that it now warrants being a research centre in its own right. The School for Policy Studies is a research-intensive environment, currently organised around four specialist research centres, but from October this year Hester will head the School’s fifth centre: the new Centre for Gender and Violence Research.

All text, images and other content on this website are the copyright of the University of Bristol. You are required to seek permission from the University to reproduce it.