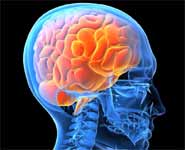 Many teachers appear to be leaving training college with serious misconceptions about how the brain functions, new research suggests.

Many teachers appear to be leaving training college with serious misconceptions about how the brain functions, new research suggests.

A high proportion of trainee teachers questioned by University of Bristol researchers had accepted popular myths about the brain that have been discounted by neuroscientists.

Almost one in five of them thought that their brains could shrink if they drank fewer than six glasses of water a day - a misplaced fear. More worryingly, a substantial proportion of the 158 students surveyed near the end of their one-year postgraduate training course appeared confused about the link between mental activity and biological brain function. Eleven per cent of the trainees thought that consciousness was possible without a brain, and 12 per cent were not sure.

Furthermore, only a minority of the trainees (43 per cent) agreed that it was necessary to pay attention to something in order to learn it, the research team led by Dr Paul Howard-Jones, Senior Lecturer in Education, will tell the British Educational Research Association Conference in Manchester today. "It is difficult to imagine how learning - in the educational sense - without attention can occur," the researchers comment.

The views of the trainees, who were studying at an institution in England, sometimes agreed with current scientific opinion. For example, 63 per cent said that new connections in the brain can be formed into old age. A majority (55 per cent) also agreed with neuroscientists that sensitive, rather than critical, periods exist for learning. In other words, there is no clearly defined window of opportunity for learning, just periods when learning is easier.

However, many seemed to have almost as strange notions as one serving teacher interviewed during an initial investigation that preceded the main survey. There were "some components of walnut" that help to moisturize the brain, the teacher told the researchers when asked which foods were good for the brain.

The University of Bristol team believe that there are two reasons why the trainee teachers subscribed to so many "neuromyths".

First, neuroscience is not part of the initial teacher training curriculum. "In the absence of formal training, trainee teachers acquire their own ideas about brain function, many of which are potentially detrimental to their practice as teachers," the researchers point out.

Second, many trainees - and serving teachers - appear to have been influenced by the controversial “brain-based” educational products and programmes that have been adopted by many schools in the past two decades. Most trainees had already come into contact with approaches such as “Brain Gym" and “learning styles”, presumably through school placements, the researchers say.

"This may explain why 82 per cent of trainees considered that 'Individuals learn better when they receive information in their preferred learning style', even though an extensive review of the evidence was unable to support the educational value of identifying learning styles," they comment.

The researchers add that their study showed that higher levels of general knowledge about the brain were associated with increased resistance to such ideas. "This suggests that the inclusion of some basic neuroscience in initial teacher training may help to inoculate trainees against common educational neuromyths and the poor practice associated with them," they conclude.

"The neuroscience literacy of trainee teachers," by Paul Howard-Jones, Lorna Franey, Rasha Mashmoushi and Yen-Chun Liao, will be presented at the BERA conference today.

1. The trainees were asked to complete a survey consisting of 38 assertions about the brain. They were asked to select either “yes”, “no” or “don't know”. The initial investigation that preceded the survey took the form of semi-structured, informal interviews with a primary school headteacher, six teachers (three primary, three secondary), each with several years' experience, and six trainee secondary teachers.

2. The annual conference of the British Educational Research Association is being held at the University of Manchester from Wednesday, 2 to Saturday, September 5. About 700 research papers will be presented during the course of the conference.