Men abuse more but women more likely to be arrested 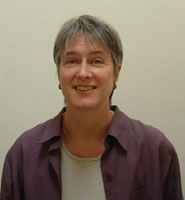 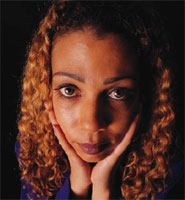 Men abuse more than women do but women are three times more likely to be arrested according to a new report into gender and domestic violence conducted by Professor Marianne Hester of the University’s School for Policy Studies on behalf of the Northern Rock Foundation.

New research into domestic violence shows that men abuse more than women do but women are three times more likely to be arrested; men inflict more violence than women do and are more likely to instill fear in their victims; women are more likely to use weapons, often in order to protect themselves; the largest number of repeat incidents occur when both men and women inflict violence; the majority of cases involve alcohol abuse; and children are present in the majority of cases, with some incidents related to child contact.

These are some of the key findings of a new report into gender and domestic violence conducted by Professor Marianne Hester of the University of Bristol’s School for Policy Studies on behalf of the Northern Rock Foundation.

Forty-eight per cent of cases related to couples still together in a relationship, 27 per cent involved violence after separation and the remaining cases involved couples in the process of separation with incidents recorded both during and after the relationship.

Women were recorded as more frequently using a weapon and did so primarily in cases where the man was also recorded as perpetrator while men were more likely to use a weapon when they were the sole perpetrator.

Issues of divorce and child contact were common in dual-perpetrator cases and also included the greatest number of instances where both partners were heavy drinkers or alcoholics and where the circumstances appeared quite chaotic. Alcohol abuse by partners in some instances made it unclear who the perpetrator was.

Children were present in 55 per cent of cases when the violence or other abuse took place. In cases involving post-separation violence, issues related to child contact were cited in 30 per cent of cases.

‘B oth men and women can be violent, but there are significant differences in the way men and women use violence and abuse against their partners and also the impact of such behaviour. This needs to be taken this into account if we want to ensure greater safety for individuals. The research has crucial lessons for the criminal justice system in this respect.'