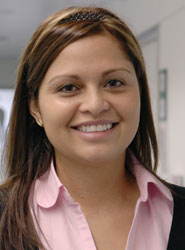 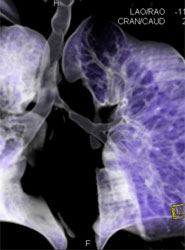 In particular, the successful outcome shows it is possible to produce a tissue-engineered airway with mechanical properties that permit normal breathing and which is free from the risks of rejection seen with conventional transplanted organs. The patient has not developed antibodies to her graft, despite not taking any immunosuppressive drugs. Lung function tests performed two months after the operation were all at the better end of the normal range for a young woman.

The pan-European team from the universities of Barcelona, Bristol, Padua and Milan report on this pioneering work in an article published early online and in an upcoming edition of The Lancet.

The loss of a normal airway is devastating, but previous attempts to replace large airways have met serious problems. The 30-year-old mother of two, suffering from a collapsed airway following a severe case of TB, was hospitalised in March 2008 with acute shortness of breath rendering her unable to carry out simple domestic duties or care for her children. The only conventional option remaining was a major operation to remove her left lung which carries a risk of complications and a high mortality rate.

Based on successful laboratory work previously performed by the team, and given the urgency of the situation, it was proposed that the lower trachea and the tube to the patient’s left lung (bronchus) should be replaced with a bioengineered airway based on the scaffold of a human trachea.

A seven-centimetre tracheal segment was donated by a 51-year-old transplant donor who had died of cerebral haemorrhage. Spain has a policy of assumed consent for organ donation. Using a new technique developed in Padua University, the trachea was decellularised over a six-week period so that no donor cells remained.

The donor trachea was then seeded with chondrocytes on the outside, using a novel bioreactor which incubates cells, developed at the Politecnico di Milano, Italy, allowing them to migrate into the tissue under conditions ideal for each individual cell type. In order to replicate the lining of the trachea, epithelial cells were seeded onto the inside of the trachea using the same bioreactor.

Four days after seeding, the graft was used to replace the patient’s left main bronchus. The operation was performed in June 2008 at the Hospital Clinic, Barcelona, by Professor Paolo Macchiarini of the University of Barcelona.

Professor Macchiarini, lead author on the paper, said: “We are terribly excited by these results. Just four days after transplantation the graft was almost indistinguishable from adjacent normal bronchi. After one month, a biopsy elicited local bleeding, indicating that the blood vessels had already grown back successfully”.

Martin Birchall, Professor of Surgery at the University of Bristol, added: “Surgeons can now start to see and understand the very real potential for adult stem cells and tissue engineering to radically improve their ability to treat patients with serious diseases. We believe this success has proved that we are on the verge of a new age in surgical care”.

Anthony Hollander, Arthritis Research Campaign Professor of Rheumatology and Tissue Engineering at the University of Bristol, concurred: “This successful treatment manifestly demonstrates the potential of adult stem cells to save lives”.

The patient, Claudia Castillo, a young woman from Colombia but now living in Spain, had no complications from the operation and was discharged from hospital on the tenth post-operative day. She has remained well since and has a normal quality of life. She is able to care for her children, walk up two flights of stairs and occasionally go out dancing in the evenings.

She said: “Above all I would like to thank Dr. Macchiarini and his medical team who did the research, for the time and dedication they devoted to my case to make sure that everything turned out alright.”