Being too clean may cause Type 1 diabetes 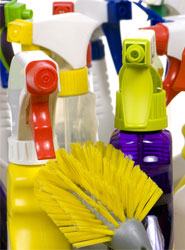 ‘Friendly’ bacteria help to stop the development of Type 1 diabetes, according to new research published online this week in Nature.

‘Friendly’ bacteria help to stop the development of Type 1 diabetes, according to new research published online this week in Nature.

The findings, by scientists in the USA and colleagues at the University of Bristol, support the so-called “hygiene hypothesis”, the theory that a lack of exposure to bacteria and viruses in the developed world may lead to an increased risk of diseases like allergies, asthma, and other disorders of the immune system.

The results also suggest that exposure to some forms of bacteria might actually help prevent the onset of Type 1 diabetes, an autoimmune disease that often develops in childhood, in which the patient’s immune system launches an attack on cells that produce insulin.

Professor Susan Wong from the University of Bristol and colleagues studied the incidence of diabetes in genetically modified mice that lacked the part of the immune system that responds to bacteria. They found that 80% of the mice raised in a completely germ-free environment, and therefore lacking ‘friendly’ gut bacteria, developed severe diabetes.

However, when they gave the mice a cocktail of the usual bacteria found in the mammalian gut, the incidence of diabetes was significantly reduced. The research indicates that the interaction between the immune system and our own ‘friendly’ bacteria could be a critical factor in modifying susceptibility to diabetes.

“Understanding the relationship between our gut ‘flora’ and our immune system is extremely important,” said Professor Wong. “The objective now is to identify which friendly bacteria are having this effect, and how they stop the development of Type 1 diabetes.”

The study does not relate to Type 2 diabetes, the much more common form of the disease which is linked to obesity and lifestyle, that affects almost two million people in Britain.