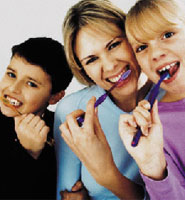 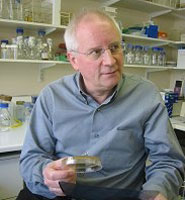 Bad teeth, bleeding gums and poor dental hygiene can cause heart disease, Professor Howard Jenkinson from the University of Bristol will tell members of the Society for General Microbiology in Trinity College, Dublin today [Thursday 11 September].

Bad teeth, bleeding gums and poor dental hygiene can cause heart disease, Professor Howard Jenkinson from the University of Bristol will tell members of the Society for General Microbiology in Trinity College, Dublin today [Thursday 11 September].

People with poor dental hygiene and those who don’t brush their teeth regularly end up with bleeding gums, which provide an entry to the bloodstream for up to 700 different types of bacteria found in our mouths. This increases the risk of having a heart attack.

‘Cardiovascular disease is currently the biggest killer in the western world. Oral bacteria such as Streptococcus gordonii and Streptococcus sanguinis are common infecting agents, and we now recognise that bacterial infections are an independent risk factor for heart diseases’, said Professor Jenkinson.

‘In other words it doesn’t matter how fit, slim or healthy you are, you’re adding to your chances of getting heart disease by having bad teeth.’

Professor Jenkinson and his team, in collaboration with Dr Steve Kerrigan of the Royal College of Surgeons in Ireland are investigating the ways in which the bacteria interact with platelets in order to develop new and improved therapies.

‘Most of the studies that have looked at how bacteria interact with platelets were carried out under conditions that do not resemble those in the human circulatory system. We mimicked the pressure inside the blood vessels and in the heart’, Dr Kerrigan explained.

‘Using this technique we demonstrated that bacteria use different mechanisms to cause platelets to clump together, allowing them to completely encase the bacteria. This shields the bacteria from the cells of our immune systems, which would normally kill bacteria, and most importantly also protects them from antibiotics.’

The only treatment for heart disease is aggressive antibiotic therapy, but with the increasing problem of multiple drug-resistant bacteria, this option is becoming short lived.

Professor Jenkinson’s research findings suggest why antibiotics do not always work in the treatment of infectious heart disease and also highlight the need to develop new drugs to treat this disease.

‘We are currently in the process of identifying the exact site at which the bacteria stick to the platelets,’ said Professor Jenkinson. ‘Once this is identified we will design a new drug to prevent this interaction.’