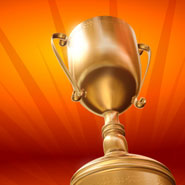 Left to right: Professor Vala Ragnarsdottir (Earth Sciences), who has been instrumental in setting up the sustainability café; Karen Gallagher, EEMU’s Assistant Energy and Environmental Manager; Dr Tony Hoare (Geographical Sciences), who was involved in setting up the open unit in sustainable development; Martin Wiles, Energy and Environmental Manager

The University of Bristol has won a national environmental accolade for its outstanding contribution towards sustainable development in this year’s Times Higher Awards.

The University of Bristol has won a national environmental accolade for its outstanding contribution towards sustainable development in this year’s Times Higher Awards.

More than 90 per cent of UK universities entered in one category or more. This is the third year that The Times Higher Education Supplement has run the awards for outstanding achievements in British higher education.

Since the University adopted its environmental policy in 2003, it has reduced carbon dioxide emissions by 24 per cent, water use by 35 per cent and waste-to-landfill by over half. This is despite the fact that teaching and research programmes are increasingly energy-intensive. Some of the EEMU’s key achievements in 2006-07 were developing alternative approaches to cooling buildings and using technical fixes such as liquid pressure amplification to reduce energy consumption.

In 2005-06, the University launched an undergraduate unit in sustainable development open to all students, which has generated teaching blocks examining sustainable development perspectives on earth sciences, philosophy and law. These are reinforced by interdisciplinary seminars on congestion charging and estuary management and by podcasted lectures for students with timetable clashes.

Academic staff in the University’s Department of Earth Sciences help involve the local community through ‘sustainability cafés’, where people meet to discuss the notion of a sustainable city and consider plans for the future. The Bristol Sustainability Network grew out of the first such café and now brings together green thinkers via an online discussion forum. In addition, in March the University became a founder signatory of Bristol City Council’s Green Capital pledge, designed to reduce carbon dioxide emissions.

Martin Wiles, the University’s Energy and Environmental Manager, said: “We are delighted to have won this award on behalf of the University. The award reflects the University’s commitment towards sustainable development, helping the environment and raising awareness among its staff and students. It also demonstrates that a large and complex organisation like the University can work in an interdisciplinary way to achieve real change.”

The University’s International Office was also shortlisted as a finalist and came third in the Outstanding Support for Overseas Students award. The awards were given to the UK institutions that help international students gain the maximum benefit from their studies.

Overseas students were polled using the International Student Barometer. Bristol was rated highly for its strong and supportive administration and for a broad range of opportunities for student integration and involvement in social groups and student organisations.

The winners were announced at an awards ceremony held on 29 November at Grosvenor House, Park Lane, London. More information on the awards can be found at www.thes.co.uk/Awards/2007.