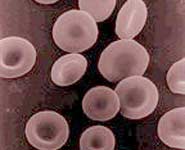 Bristol scientists have found that red blood cell transfusions given to people having heart surgery could increase the risk of heart attack or stroke.

Bristol scientists have found that red blood cell transfusions given to people having heart surgery could increase the risk of heart attack or stroke.

Published in the latest issue [November 27] of the journal Circulation, the study looked at the association between red blood cell transfusion and adverse outcomes in over 8,500 cardiac surgery patients over eight years.

The research, funded by the British Heart Foundation (BHF), found patients who received a red blood cell transfusion experienced a three-fold increase in complications arising from lack of oxygen to key organs – such as in a heart attack or stroke.  This is a finding at odds with the widely held belief that red cell transfusion improves delivery of oxygen to tissues.

The study, by scientists at the University of Bristol and the Bristol Heart Institute, showed that the risks associated with transfusion occurred regardless of the haemoglobin levels (the oxygen-carrying substance in red blood cells), age, or level of patient disability at the time of transfusion.

Professor Peter Weissberg, Medical Director at the BHF says: “Red blood cells carry oxygen around the body to supply vital organs.  Not unreasonably therefore, heart surgeons have assumed that patients who have low red blood cell counts after surgery - as a result of blood loss during or shortly after surgery - would benefit from a 'top up' transfusion of donated red blood cells.

“This study shows the importance of putting such widespread beliefs to the test since it suggests that such transfusions may cause more problems than they solve. The results are a step towards making heart surgery even safer by flagging up an issue we can now address through research and improved transfusion guidelines.”

As well as the human costs, the financial cost of giving transfusions and treating transfusion-related illnesses increased the overall cost of staying in hospital by over 40 per cent.

Gavin Murphy, Walport Consultant Senior Lecturer in Cardiac Surgery at the University of Bristol, who led the study said; “This study demonstrates the cost implications of our current transfusion practice.  This is important, particularly in modern health systems where resources are finite, and should encourage the sort of research that will address the major health issues raised in the study.”

In the UK over half of all heart surgery patients are given blood. However, only about 3 per cent of these transfusions are given because of life-threatening bleeding. The remainder are usually given on the basis of a low haemoglobin level, regardless of whether the patient has physical symptoms to suggest they need blood.

The researchers now intend to carry out a larger study to see if changing transfusion guidelines could improve patient outcomes. For the time being it is suggested that surgeons think twice before giving their patients a transfusion.

More research is needed to find out how red cell transfusions may affect immunity or tissue oxygenation to cause these harmful effects, and to determine how stored donor blood products may be made safer prior to transfusion.

The British Heart Foundation (BHF) is leading the battle against heart and circulatory disease - the UK’s biggest killer. The Charity is a major funder and authority in cardiovascular research. It plays an important role in funding education, both of the public and of health professionals, and in providing life-saving cardiac equipment and support for rehabilitation and care. For more information on the BHF, visit www.bhf.org.uk