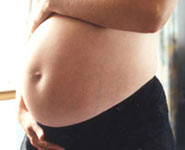 A new website that explores women’s decision-making about birth after a previous caesarean section has been launched.

A new website that explores women's decision-making about birth after a previous caesarean section is to be launched.

Making decisions about birth after caesarean is a new feature on an award-winning website about people's experiences of health and illness. The feature is the result of a collaboration between the Academic Unit of Primary Care at the University of Bristol and DIPEx, an online resource for the general public, professionals and researchers based at the Department of Primary Health Care at the University of Oxford.

The collaboration developed following a study, known as the DiAMOND (Decision Aids for Mode Of Next Delivery) trial that looked at two different methods of giving women information about the risks and benefits of vaginal delivery and repeat caesarean section.

The latest feature on the DIPEx website aims to support women who are pregnant again after a previous caesarean section and need to reach a decision about how to give birth to their next child. Previous research carried out by researchers in Bristol suggested that women in this situation have specific information needs that are not always fully met by their antenatal care.

Both vaginal birth after caesarean (VBAC) and repeat planned caesarean carry different kinds of risks and benefits. Current clinical guidance states that in the absence of strong medical indications, the decision about how to give birth should be guided by the woman's preference. However, for many women, deciding whether to attempt VBAC or to have a planned caesarean can feel like a daunting task.

Whilst the majority of women who attempt VBAC will have a vaginal birth (rates vary between 60-80 per cent), about one in three women will require an emergency caesarean. The risks of emergency caesarean are typically greater than those of a planned section. For this reason, different women are likely to reach different conclusions when weighing up the risks and benefits of different ways of giving birth.

Making decisions about birth after caesarean does not advocate a particular method of birth but aims to provide a balance of opinions. Twenty seven women from different age groups, social and geographical backgrounds and with different experiences of caesarean (planned and emergency) contributed their personal stories to the site. Their accounts express a broad range of views on aspects such as information provision, communication with healthcare providers, factors influencing their birth preferences and the right to chose the birth they want.

Site visitors can access women's experiences as text, audio or video clips that have been carefully chosen from the interviews and arranged into themes. They can also link to a web-based version of one of the two decision aids used in the DiAMOND trial which provides information about the risks associated with different ways of giving birth.

Dr Kristina Bennert, Research Associate in Community-Based Medicine at the University of Bristol, who was responsible for preparing the section, said: "Deciding how to give birth after a previous caesarean is often not just about minimising the medical risks for mother and baby, but also about fulfilment of hopes and avoidance of previous negative experiences. Hearing the personal stories of women who have experienced similar situations and faced similar decisions can be very empowering.

"We hope that the birth after caesarean section will become a useful resource not only for women who have had a previous caesarean, but also for family members and for health professionals involved in providing care and support for this group of women."

The University of Bristol's collaboration with DIPEx to produce the feature was funded by a grant from the BUPA Foundation.

The feature on women's experiences of making decisions about birth after a previous caesarean is at www.dipex.org/birthaftercaesarean

DIPEx (www.dipex.org) is a research project and charity based in Oxford and set up by Dr Ann McPherson CBE, university Lecturer in General Practice, and Dr Andrew Herxheimer, after their own personal experiences of illness. The website was launched in July 2001 to provide access to personal accounts of health and illness. The site - which receives approximately 2 million hits a month - currently has 34 sections, including ones on heart attack, depression, and living with dying. Ultimately the group aims to publish 100 collections on its website. Each collection contains analyses of what everyone who was interviewed said was important to them about their condition or illness, illustrated by video, audio and written excerpts chosen from the interviews. DIPEx collections also contain evidence-based information or links to information about each illness/condition and frequently asked questions and answers, as well as links to other sources of information and patient support groups.

The DIPEx website, which is also on DVD, is based on one-to-one interviews with people talking about the issues most important to them. People can access video and audio clips as well as written excerpts that have been carefully chosen from each interview. The material is arranged into topical summaries, presenting a broad range of views on each issue alongside evidence-based information, frequently asked questions and links to relevant organisations and support groups.

As well as being a resource for patients, DIPEx collections are also being used to help medical students and GPs in training look at issues of choice, better consultations, breaking bad news and the impact on the family. Over 3,000 organisations have links to the DIPEx website, including NHS Direct Online, Macmillan Cancer Relief, Cancer Research UK, British Heart Foundation and CancerBACUP.

In 2004 the DIPEx site won the BUPA Foundation Communication Award, and in 2005 won prizes from the Health Services Journal and the BMA book awards for websites.

The DiAMOND study group is headed by Dr Alan Montgomery, Senior Lecturer in Primary Care Research at the Academic Unit of Primary Care, Department of Community-Based Medicine at the University of Bristol.