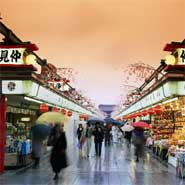 The Nippon Foundation (TNF), a private grant-making foundation based in Tokyo, and the Great Britain Sasakawa Foundation (GBSF), have awarded a total of £2.5 million to 12 institutions, including Bristol University, for the research and study of Japan.

The Nippon Foundation (TNF), a private grant-making foundation based in Tokyo, and the Great Britain Sasakawa Foundation (GBSF), have awarded a total of £2.5 million to 12 institutions, including Bristol University, for the research and study of Japan.

The grant will fund a new five-year Lectureship in Contemporary Japanese Society in the Centre for East Asia Studies at Bristol University. The grants, for academic staff, will establish 13 teaching and research posts across UK universities.  The other institutions benefiting from this programme are the Universities of Cambridge, Cardiff, Leeds, Sheffield, Manchester, Newcastle, Oxford, East Anglia, Oxford Brookes, the School of Oriental and African Studies and Birkbeck College.

The new funding programme targets the study and research of contemporary Japan primarily in the broad social sciences – fields such as politics, economics, international relations, contemporary Japanese thought, culture and society and Japan’s place in East Asia and in the world.

Speaking at the launch of the funding programme in London today, the Earl of St. Andrews, Chairman of the Great Britain Sasakawa Foundation, said: “Japan remains the world’s second largest economy, and one of the UK’s most important partners for both trade and investment.

“Expertise in Japanese language and in the country’s economy, culture, history and politics will remain essential if the British-Japanese relationship is to prosper, and British interests in relation to Japan are to be safeguarded. All posts are aimed at early career lecturers who will go on to form the next generation of Japan experts. All posts are to be filled in 2008.”

In a special message read out at the launch, The Nippon Foundation Chairman Yohei Sasakawa expressed his “delight at supporting this programme for furthering Japanese studies in such influential and prestigious British universities.”

Mr Sasakawa, said: “The United Kingdom has been a leader in Europe in Japanese studies and has played a vital role in their promotion and development within Europe, and indeed, the world.

“We hope that, through this programme, the United Kingdom will again become the principal focus for research and scholarship, setting an example for other European countries to follow.”