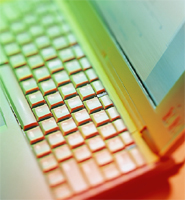 XMOS Semiconductor, the creator of software defined silicon (SDS) chips and a University of Bristol spin-out company, has secured $16 million venture-capital funding. Co-founder, Ali Dixon, was a student in computer science at the University just three years ago.

What started as a Bristol University undergraduate computer-science project is now a major semi-conductor business that may revolutionise the consumer electronics market.

XMOS Semiconductor, the creator of software defined silicon (SDS) chips and a University of Bristol spin-out company, has secured $16 million venture-capital funding. The funding is being provided by Foundation Capital and existing investors Amadeus Capital Partners and DFJ Esprit.

“When I was studying I was really excited to see my project materialise into such a significant reality,” said Ali Dixon. He added: “The Bristol region contains the largest cluster of microelectronics design companies in Europe so being based in the University’s Department of Computer Science was the right place for me to be.”

James Foster, XMOS chief executive officer, said: “The team at XMOS are clearly focused on delivering this industry-changing technology to its customers. We are thrilled that this technology started life as a student project and it demonstrates what an entrepreneurial place the University of Bristol is.”

He continued: “Few students in the UK will get such a wealth of opportunities on their course. Not only has Ali earned a top degree, but he has a first job in a leading start-up company and has a financial stake in our future success.”

Ali Dixon’s academic supervisor, Professor David May, who is an internationally renowned leader in this field, said that supporting enterprise was key to the University’s strategy for success.

“We welcome students from all backgrounds to Bristol. They will get a unique opportunity to work closely with leading figures in the microelectronics industry, but also to develop enterprising ideas of their own.  Bristol is consolidating its position as the silicon capital of the UK, and XMOS’ rapid growth is further evidence of that.”

Dr Hermann Hauser of Amadeus Capital Partners, and one of the leading figures in the venture capital community said: “We are delighted to continue our support of XMOS. The speed at which the company’s technology has moved from University science to a commercial proposition has been remarkable. Customer reaction has been extremely positive and SDS has the opportunity to be a truly disruptive technology.”

Hauser will also join the XMOS board of directors.

XMOS is based in the Bristol SETsquared Business Acceleration Centre. The centre, one of five in the south and southwest of England, is part of the SETsquared Partnership, the enterprise collaboration of the Universities of Bath, Bristol, Southampton and Surrey. Together they support early-stage, high growth-potential science and technology ventures from both within and outside the universities to accelerate their businesses.