How dirty is your money? 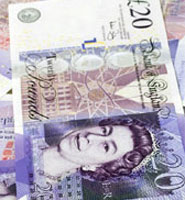 Drug dealers found with bank notes contaminated with unusually high levels of drugs are now less likely to get away with their crimes, thanks to new evidence from a team led by the University of Bristol.

Drug dealers found with bank notes contaminated with unusually high levels of drugs are now less likely to get away with their crimes, thanks to new evidence from a team led by the University of Bristol. The research finds that geographical location has absolutely no influence on the distribution of contamination.

The results will be announced at the BA Festival of Science in York and the paper will be published in Forensic Science International on Thursday 13 September 2007.

Paper money is almost always tainted with some drug residue. Evidence presented at court shows how banknotes seized from a suspect may differ from banknotes in general circulation, in the form of higher contamination with drugs.

A question arising from such evidence is whether seized banknotes could have become contaminated through being in circulation in drug ‘hot spots’. Defendants may claim that bank notes from such places are more likely to have a high level of drug residue, even if arising from innocent sources.

Researchers from the University of Bristol and Mass Spec Analytical Ltd, a company based in Bristol, have now shown this argument to be invalid.

Gavin Lloyd, Karl Ebejer and colleagues analysed £10 and £20 notes from areas across the UK that are rich and poor, urban and rural, safe and dangerous. These also included whether a town is a port of entry – smugglers often use these to bring drugs into the UK – or whether a region has high levels of drug offenders in the community.

Gavin Lloyd from the University of Bristol, said: “The UK's black economy in drug dealing is estimated to be around £4 billion a year, similar to the entire economy of New Zealand. For obvious reasons this economy involves substantial cash-in-hand transactions. We wanted to answer two questions: could there be small localised cash-in-hand economies where the levels of contamination are higher because of a high number of drug users, and could highly contaminated banknotes be found on innocent people living in these areas?”

Using a mass spectrometer, the researchers performed a chemical analysis of each bill, allowing them to gather information on the levels of cocaine, heroin, marijuana, and ecstasy on each bank note, and related those measurements to where the note came from.

Using powerful statistical analysis of the results, their conclusions are that geographical location has absolutely no influence on the distribution of contamination. A probable explanation is that banknotes are rapidly mixed by the banking system and circulate via regional depots, and so localised ‘economies’ have little influence on contamination patterns.

Karl Ebejer from Mass Spec Analytical Ltd added: “On each trip to the bank, the researcher would note the arm on which he was wearing his wristwatch. The statistics showed that the arm he wore his watch on had as much relevance to the amount of drug residue found on those bills, as where the bills came from.”