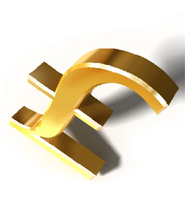 New research from the University of Bristol shows that governments are increasingly using public-private partnerships (PPPs) to build hospitals, schools roads and other big infrastructure projects.

Public-private partnerships (PPPs) are here to stay. According to new research from the University of Bristol, governments are increasingly using PPPs to build hospitals, schools, prisons, government offices, roads and other big infrastructure projects.

Professor Paul Grout of the Centre for Market and Public Organisation (CMPO), writing in the summer 2007 issue of Research in Public Policy, says, ‘These schemes are a legitimate part of a package to deliver better public services and are here to stay.’

Upfront expenditure by the private sector followed by long-term payments by the public sector for the service are the key elements of all PPPs. To date, they have been used in the UK to build hospitals, schools, prisons, the Channel Tunnel, government offices and embassies, developing computer systems and updating the London Underground.

One of Professor Grout’s key findings is that, despite some well-established procurement and renegotiation problems with PPPs, which often arise because of the long-term contracting structure, PPPs are very attractive to governments because they deliver new infrastructures without upfront payment.