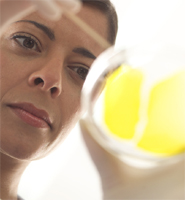 The company, which makes treatments for allergies and autoimmune diseases such as multiple sclerosis, was selected as runner-up in the award category for innovation in drug discovery and development.

Apitope is developing a multiple-sclerosis therapy now undergoing clinical trials.  It is also working on a MS diagnostic blood test and a vaccine to combat dangerous factor-VIII inhibitor antibodies in haemophilia A patients.

Dr Keith Martin, Apitope's chief executive says, ‘In the past year Apitope has had some remarkable achievements and we look forward to building on this rapid progress when we report the outcome of our clinical trial in MS patients later this year.’

Apitope operates out of the Bristol SETsquared Business Acceleration Centre. The Centre, one of five in the South and South West of England, is part of the SETsquared Partnership, an enterprise collaboration of the universities of Bath, Bristol, Southampton and Surrey.  Together they support early-stage, high-tech, high-growth potential ventures from both within and outside the universities.

Lectus Therapeutics, another University of Bristol spin-out company, was a runner-up in the same category. Lectus focuses on next-generation ion-channel modulators for a range of illnesses including angina, asthma, epilepsy and urinary bladder disorders.