Why do some joint replacement patients wait longer than others for surgery? 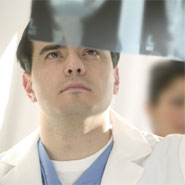 A team of Bristol University researchers are aiming to find out why some people waiting for a hip or knee replacement have to wait longer than others for surgery.

A team of Bristol University researchers are aiming to find out why some people waiting for a hip or knee replacement have to wait longer than others for surgery.

With funding of £47,650 over two years from the Arthritis Research Campaign, a team at Bristol and Manchester Universities will act as a “fly on the wall” during consultations between orthopaedic surgeons and patients, in order to gain a clearer picture of the factors that lead to discrepancies in waiting lists.

The aim of the study is to provide guidance on how to make decisions leading up to surgery fairer.

Dr Rachael Gooberman-Hill, principal investigator, health services researcher and social anthropologist at the University, said: “From previous research we know that despite the existence of scoring systems to help prioritise people for joint replacement surgery, there are inequities in provision.

“We think that some people have to wait longer than others for surgery even if they are in the same amounts of pain and have the same problems with walking.

“What we don’t know is what happens in the decision-making process that perpetuates these inequalities, and that’s what we want to find out.

“We hope to shed light on how the decision-making processes are made, and by doing that would hopefully be able to make recommendations about how care can be improved, and patients empowered.”

Among the factors that influence a surgeon’s decision to operate are: the level of pain a person is in, the state of their hip or knee joint as identified in an x-ray and their body weight.

There is also evidence that rates of joint replacement surgery are affected by a patient’s age (they are either too old or too young), their ethnicity, gender and social class. It is acknowledged that people from poorer backgrounds are less likely to receive treatment.