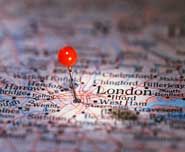 Researchers from the Townsend Centre for International Poverty Research have played a key role in developing a new online tool for predicting England’s ‘hot spots’ of fuel poverty.

Researchers from the University’s Townsend Centre for International Poverty Research have played a key role in developing a new online tool for predicting England’s ‘hot spots’ of fuel poverty, commonly linked to the misery of living in a cold home.

The Fuel Poverty Indicator (FPI), developed by Professor David Gordon, Dr Eldin Fahmy and Dr Demi Patsios in conjunction with the Bristol charity, Centre for Sustainable Energy (CSE), was launched at the Department of Trade and Industry last month.

Funded by the Department of Trade and Industry, the Department of Health, the Office of Gas and Electricity Markets, Eaga Partnership Charitable Trust and the Energy Retail Association, the FPI can be used to expose those areas most affected by fuel poverty – a situation caused by the combination of badly insulated, expensive-to-heat housing, high fuel costs and low income. The ability to target households suffering fuel poverty is vital to meeting the Government’s objective of eliminating fuel poverty in England.

At the launch, Lord Truscott, Parliamentary Under Secretary of State for Energy, welcomed the work, saying: ‘The new fuel poverty indicator will be indispensable in helping understand which areas of England are worst affected by fuel poverty.  Our recent Energy White Paper proposals will take an additional 200,000 households out of fuel poverty by 2010 and I hope the indicator, in conjunction with the White Paper, will help raise awareness of the work needed to eradicate fuel poverty, while enabling local authorities, and other organisations, to target their resources as effectively as possible.’

More information on the FPI can be found on the CSE website and the Townsend Centre for International Poverty Research website.