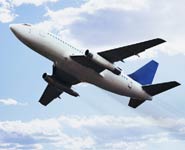 The University of Bristol has signed a memorandum of understanding to become one of the partners in a cutting-edge technology research foundation that aims to boost UK technological innovation.

The University of Bristol has signed a memorandum of understanding to become one of the partners in a cutting-edge technology research foundation that aims to boost UK technological innovation.

The European Aeronautic Defence and Space Company (EADS) launched a high technology Innovation Work UK programme last week.  The programme will develop the Group’s technological innovation capability through closer links with the Government, leading universities and others interested to grow the UK technology base.

The University is one of three leading academic institutions to join EADS’s Innovation Works UK programme, which will be focused initially on its Airbus subsidiary at Filton, a centre of excellence for wing design.

Professor Nick Lieven, Head of the Department of Aerospace Engineering at the University of Bristol, said: “The EADS Research Foundation represents an exciting opportunity for the University in both research and collaboration.  It will have a major impact on our research objectives in highly relevant and challenging research areas.”

A signing ceremony in London last week [14 June] hosted by the Hon Margaret Hodge MP, Minister of State for Industry and the Regions at the Department for Trade and Industry (DTI), was also attended by the Welsh Assembly Government’s First Minister, Rhodri Morgan AM, as well as representatives of the DTI, UK Trade and Investment, the Ministry of Defence, MPs, members of the Welsh Assembly and representatives of the British National Space Centre, the Engineering and Physical Sciences Research Council and the universities of Bristol, Cardiff and Southampton.

Dr Jean Botti, EADS’ Chief Technical Officer added: “The universities of Bristol, Cardiff and Southampton have been chosen as our initial partners because they are at the forefront of technology critical to the future of our business. We strongly believe that technological cooperation between business, academia and Government put into practice by Innovation Works is the best way to harness talent and inspire us all to future success.”

Margaret Hodge, Minister of State for Industry and the Regions, said at the launch: “EADS’ commitment to create Innovation Works in the UK is great news for Britain and for our aerospace industry. It confirms the UK as a prime investment location not only for production but also as a high-technology high-skill economy.”