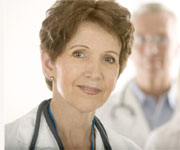 A report launched today reveals that unless women are attracted to academic careers, the teachers of the next generation of medical and dental students will simply not exist.

A report launched today reveals that unless women are attracted to academic careers, the teachers of the next generation of medical and dental students will simply not exist.

One of the key outcomes of the report was the need for senior role models to provide encouragement and inspiration.

A conference held at the Royal Society of Medicine in London explored the report’s findings that although 60% of entrants to medical schools in the UK are now female, only 36% of clinical lecturers in medicine are women, and the percentage of women at each rung of the academic career ladder decreases, with only 11% of professors of medicine being female. This situation is replicated in dentistry.

Debbie Sharp, Professor of Primary Care at the University of Bristol, urged all interested parties to take seriously the recommendations of the report. She commented: “The findings of the Women in Clinical Academia Group are vitally important and relevant to the young female doctors and dentists who wish to pursue an academic career. There is a large amount of work to do to ensure that our medical and dental students, both male and female, have more, better and earlier advice about academic careers.

“If women are not encouraged to enter an academic track in medicine or dentistry, and supported in this endeavour across a range of medical and dental specialities, the ability of the UK health system to respond to challenges with innovative solutions, to which clinical academics greatly contribute, will be compromised, so too will the doctors and dentists of the future, unable to benefit from an education in a research rich environment which is a core strength of the UK’s Medical and Dental Schools.”

The Medical Schools Council (formerly the Council of Heads of Medical Schools) hosted the conference, “Women in Clinical Academia: Attracting and Developing the Medical and Dental Workforce of the Future”. The conference coincided with the formal launch of the report of the Council’s Working Group, which, for the past 18 months, has examined issues affecting the careers of women in academic medicine and dentistry.

Baroness Virginia Bottomley, former Health Secretary and now Chair of leading head-hunters Odgers Ray and Berndtson, told the conference that she welcomed the Medical School Council’s report as a valuable contribution to the advancement of women in medical research. She said it was a cause she had long advocated and, as a Minister, she introduced a number of initiatives – such as Women in Surgical Training – to give aspiring clinicians the advice and support they need to break through traditional barriers. Specifically, she argued that it was important for female students to seek guidance from colleagues and successful female clinical academics when preparing to identify and pursue research opportunities.

In her foreword to the report, Baroness Professor of Llandaff, President of the Royal Society of Medicine and a member of the Working Party, indicated that: “This enquiry revealed with great clarity that unless women are attracted to academic careers, the teachers of the next generation of medical and dental students will simply not exist. If students are not taught and inspired by the leaders of the day, they lack role models needed for achieving excellence in their own careers. They fail to consider the academic path and thus miss out on the excitement of academic medicine and dentistry. A paucity of women in clinical academia risks long-term consequences not only for the medical and dental workforce of the future but also for the health and wealth of the UK population as a whole”

Others presenting at the event included such prominent and influential speakers as: Professor Sally Davies, Director General of NHS R&D at the Department of Health; Emily Rigby, Chair of the BMA Medical Students Committee; Sue Ashtiany, partner and Head of the Employment Department at NabarroNathanson and Equal Opportunities Commissioner; and representatives from a full cross-section of stakeholders across the healthcare spectrum, resulting in a high-level debate on these important issues.

The clinical academic workforce of the future will come from the medical and dental undergraduates of today. In order to gather students’ perceptions, the Working Group therefore convened focus groups of third and fourth year female students at 12 Medical and Dental Schools. The findings of this exercise showed that the vast majority of students had no conception of the roles of clinical academics. Many were discouraged from considering clinical academia as a career option because of their negative experiences of university research or teaching and their perceptions of academic work as poorly paid, pressurised and, in the case of teaching, lacking status.

It was also found that students had little factual information about these roles or career progression within them and few positive role models or mentors whose influence might have counteracted their negative perceptions. These finding had a significant influence on the recommendations of the report, which are summarised below.

In order to complement the information derived from the student focus groups, the Working Group circulated a questionnaire to all professorial level, female clinical academic staff working in the UK’s Medical and Dental Schools [most of whom qualified in the 1970s or 80s]. In it they were asked to provide information on their career progression and to nominate a male colleague to complete a copy of the questionnaire, in order to gain comparisons of the barriers when pursuing a career in clinical academia.

One of the key outcomes of this research was the emphasis in the responses on the importance of the encouragement and inspiration received from senior role models. One female clinical academic summarised the views of many respondees, “She was just inspirational – a role model as to how you can be a top professor and a fantastic clinician”. While there are disadvantages to such a system, there is no doubt that “personal nurturing” of young talent is less prevalent in today’s structure, with the result that young doctors may well not be inspired by their seniors, and furthermore may not even be able to identify a potential role model or mentor. Clearly this has implications which are taken into account in the recommendations of the report.

A recent survey by the BMA revealed that the vast majority of women doctors [94%] were currently working less than full time, or wished to in the future, compared to 46% of men. Childcare responsibility and the desire to spend more time with their families were cited as the main reasons for this. The Working Group therefore took the view that the provision to work less than full time and pursue postgraduate training, research, teaching and clinical responsibilities flexibly forms a vital means by which clinical academic careers can be made more attractive to women. In order to demonstrate the way forward in this area the report highlights examples of “best practice” at Queen’s University Belfast and The University of Sheffield.

The conclusions and recommendations of the report include the following:-

In order to test the efficacy of the recommendations, the Report proposed strategies which include regular monitoring of representation by gender on panels, boards and faculties; funding allocation to monitor progress, as well as emphasis on the importance of data collection. Finally, the report highlights the international significance of the issues involved, and recommends that the Medical Schools Council should approach the European Commission to secure funding for research in to the barriers to the progression of women in clinical academia across member states. This is especially relevant, taking in to account that 2007 is European Year of Equal Opportunities for All.