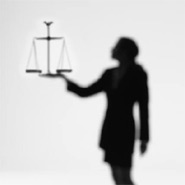 Between them, Paddy Joe Hill of the Birmingham Six, Mike O’Brien of the Cardiff Newsagent Three, Paul Blackburn, Gary Mills and Tony Poole spent over 80 years in prison following their wrongful convictions.

Between them, Paddy Joe Hill of the Birmingham Six, Mike O’Brien of the Cardiff Newsagent Three, Paul Blackburn, Gary Mills and Tony Poole spent over 80 years in prison following their wrongful convictions.

A press conference to highlight the start of the Innocence Network UK Symposium marking the 10th Anniversary of the Criminal Cases Review Commission will take place on Saturday, 31 March at the University of Bristol.

The Symposium will discuss the limitations of the Criminal Cases Review Commission, the body set up in the wake of notorious cases such as the Guildford Four and the Birmingham Six to investigate alleged or suspected miscarriages of justice and refer them back to the appeal courts.

Representatives from victim support and campaigning organisations such as MOJO (Miscarriages of Justice Organisation), INNOCENT, South Wales Against Wrongful Conviction, together with leading practitioners Campbell Malone, Glyn Maddocks, Mark Newby, investigative journalists Bob Woffinden, Satish Sekar, and renowned academics on miscarriages of justice from the UK, the US and Canada will be joining the event.

Dr Michael Naughton, Founder and Co-ordinator of the Innocence Network UK and Bristol University lecturer, who is hosting the event, said: “Contrary to popular perceptions, the Criminal Cases Review Commission was not designed to rectify the errors of the system and ensure that the innocent overturn their wrongful convictions. Instead, their remit under the 1995 Criminal Appeal Act dictates that it seeks to determine if there is a ‘real possibility’ that the appeal courts will overturn the conviction.

“As such, the Criminal Cases Review Commission will, logically, refer the cases of guilty offenders if their convictions were procedurally incorrect. At the same time, they are often helpless to refer the cases of innocent victims of wrongful conviction if they do not meet the required criteria of fresh evidence or fresh arguments. A particular problem then is that even if the Criminal Cases Review Commission has evidence that indicates that an applicant is innocent but this evidence was available at the original trial, the case may not be referred to the appeal courts.”

The event will be held on Saturday, 31 March at 9.30 am in the Institute of Public Affairs, University of Bristol, 2 Priory Road.