New ‘matrix of harm’ for drugs of abuse 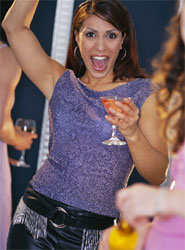 A new study published in the Lancet proposes that drugs should be classified by the amount of harm that they do, rather than the sharp A, B, and C divisions in the UK Misuse of Drugs Act.

A new study published today in the Lancet proposes that drugs should be classified by the amount of harm that they do, rather than the sharp A, B, and C divisions in the UK Misuse of Drugs Act.

The new ranking places alcohol and tobacco in the upper half of the league table. These socially accepted drugs were judged more harmful than cannabis, and substantially more dangerous than the Class A drugs LSD, 4-methylthioamphetamine and ecstasy.

Harmful drugs are currently regulated according to classification systems that purport to relate to the harms and risks of each drug. However, these are generally neither specified nor transparent, which reduces confidence in their accuracy and undermines health education messages.

Professor David Nutt from the University of Bristol, Professor Colin Blakemore, Chief Executive of the Medical Research Council, and colleagues, identified three main factors that together determine the harm associated with any drug of potential abuse:

Within each of these categories, they recognized three components, leading to a comprehensive 9-category matrix of harm. Expert panels gave scores, from zero to three, for each category of harm for 20 different drugs. All the scores for each drug were combined to produce an overall estimate of its harm.

In order to provide familiar benchmarks, for comparison with illicit drugs, five legal drugs of potential misuse (alcohol, khat, solvents, alkyl nitrites, and tobacco) and one that has since been classified (ketamine) were included in the assessment.

The process proved simple, and yielded roughly similar scores for drug harm when used by two separate groups of experts.

Professor David Nutt, lead author on the paper, said: “Drug misuse and abuse are major health problems. Our methodology offers a systematic framework and process that could be used by national and international regulatory bodies to assess the harm of current and future drugs of abuse.”

Professor Colin Blakemore added: “Drug policy is primarily aimed at reducing the harm to individual users, their families and society. But at present there is no rational, evidence-based method for assessing the harm of drugs. We have tried to develop such a method. We hope that policy makers will take note of the fact that the resulting ranking of drugs differs substantially from their classification in the Misuse of Drugs Act and that alcohol and tobacco are judged more harmful than many illegal substances.”

The paper: Nutt et al, Development of a rational scale to assess the harm of drugs of potential misuse. Published in the Lancet on 23rd March, 2007.
Please contact Cherry Lewis for further information.