Gearing up for the big campaign 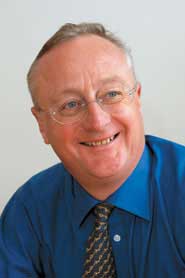 This week sees the launch of the University of Bristol's centenary fundraising campaign. The Vice-Chancellor, Professor Eric Thomas, reports on the preparations.

First, we asked our staff to put forward projects that they would like us to consider for philanthropic fundraising. These projects had to be part of the strategic ambition of that part of the University – we did not want projects that were not a major priority. We then commissioned consultants to advise us on our campaign target and they interviewed over 50 of our highest potential donors. We met those individuals in small groups and presented the projects to them, asking them which they thought would be of interest from a potential donor’s point of view. We have identified about 20 projects* that are attractive to donors and we will now be starting to fundraise for them.

The consultants felt we could successfully raise £100 million over the campaign period, which runs until 2012. We are recruiting to a Campaign Board which will consist of between eight and 12 major donors who will advise and support us during the campaign. I am delighted to report that we already have four members, each of whom has committed to a donation of at least £100,000. Roger Holmes (Mech Eng 1981), previously Chief Executive of Marks and Spencer, has agreed to chair the Board.

I find it exciting and invigorating listening to the descriptions of the projects and we are identifying the main messages about each one. It will be hard work attracting individuals and charities to support these projects, but definitely worth it when we are successful!  One final point about the centenary – it is not all fundraising; we are also planning celebration events. So there will be fun as well!

*Details of these 20 projects will be available in a few months' time.