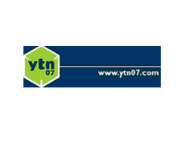 Students in the South West are lined up to go head-to-head in a national enterprise competition similar to BBC’s Dragons’ Den and The Apprentice, thanks to the University of Bristol.

Students in the South West are lined up to go head-to-head in a national enterprise competition similar to BBC’s Dragons’ Den and The Apprentice, thanks to the University of Bristol.

The University of Bristol is set to host the South West regional heat of Yomping the Nations 2007 on 26 February.  Yomping the Nations 07 (YTN 07) is a fun and fast-paced competition for students designed to encourage the employability skills, commercial awareness and entrepreneurial flair that graduate recruiters are seeking.

Cambridge-based business training and strategy specialists, the Working Knowledge Group devised YTN based around a business training tool developed in partnership with Cambridge University.  YTN demonstrates the vital steps required to transform a business idea into a focused and profitable enterprise.

During each YTN event, students are submerged in an environment that simulates the world of work.  Alongside a group of ten national and local business experts experienced in finance, HR, operations, strategy and marketing, students adopt management roles in a series of short workshops designed to develop competencies such as decision making, strategic planning, commercial awareness and communication skills to equip them to thrive in any business situation.  Each team of students taking part has to develop, plan and present a business strategy for a business scenario given to them on the day.

Part of the day is spent using the ‘Yomp’ strategy tool to develop a comprehensive plan to grow each business, followed by business expert meetings and, finally, pitching the strategy to a panel of judges.  The students and external business experts are fully engaged in the process and many mutually beneficial relationships between businesses and universities were forged during YTN 06.

The University of Bristol won the South West regional final in the YTN 06 competition, making it through to the Grand Final.  Luke Aikman, a University of Bristol student studying law at the time, led the team during the competition.  He commented, “YTN 06 was a fantastic experience.  If you’re a student and you’re interested in enterprise then you have to enter YTN 07.  Last year, 65 universities took part with nine regional heats throughout the UK, so you really put your entrepreneurial skills to the test.  On top of that, you end up taking the lessons you learnt from the competition to job interviews and meetings in the future.”

James Lott, serial entrepreneur and director of the Working Knowledge Group says, “In a survey published in late January, 43 per cent of employers polled by the Association of Graduate Recruiters (AGR) said they had unfilled graduate vacancies, against less than a third in 2005.  According to the AGR, the underlying reason is that ‘employers feel there is an inadequate supply of applicants of sufficient calibre’”

He adds: “For students to develop the skills required by today’s dynamic workplace before graduation, it is vital for business to be involved in their education.  The Working Knowledge Group recognise this.  Our partnership with UK universities through YTN provides the conditions to encourage an entrepreneurial mindset among graduates to the benefit of the economy.”

The Grand Final – an exhilarating two-day event on 19 and 20 March 2007, at Manchester Metropolitan University – will see the winning team walk away with £3,500 cash.

About Yomping the Nations 2007

YTN heats will take place in:

Now in its second year, YTN is taking place in 11 regional heats across the UK, involving a total of 101 universities and 150 top UK businesses. The winner receives £3,500 while learning invaluable skills, expanding their networks and connecting with top graduate employers in what is probably the biggest inter-university non-sporting competition in the UK. Business sponsors include top graduate recruiters Greggs, KPMG and Enterprise Rent-A-Car.