From China to Turkey: ‘first person’ film event at Watershed 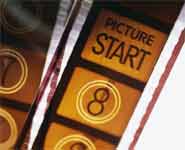 A unique international film symposium attracting film makers and scholars from India, Turkey, Holland, the US and the UK sponsored by Bristol Docs, a collaboration between the Universities of Bristol and the West of England is taking place in Bristol on 23 and 24 February.

A unique international film symposium attracting film makers and scholars from India, Turkey, Holland, the US and the UK, is taking place in Bristol on 23 and 24 February. The organisers are expecting engaging presentations and lively discussions on issues of identity and subjectivity in ‘first person’ films – and on the risks of making autobiographical films in certain geo-political contexts around the world.

The two-day symposium entitled “The Ethnic Self: First Person Plural” is organised by Dr Alisa Lebow, and sponsored by Bristol Docs, a collaboration between the Universities of Bristol and the West of England, with funding from the British Academy.

Documentaries from China, Turkey, India, Argentina and the Caribbean will also be screened at the event.

Dr Alisa Lebow from UWE said:“We are looking forward to the visit of a Turkish filmmaker who is currently making an autobiographical film about her Armenian grandmother and the hidden history of Armenians in the Black Sea region of Turkey. Also present, and in dialogue with the Turkish filmmaker, will be an Armenian-American filmmaker with a film on travelling in Turkey. This is a timely issue considering the recent assassination of the Turkish-Armenian journalist, Hrant Dink.

“We will also be considering the recent emergence of first person filmmaking from China, and asking if this is a sign of the westernisation of Chinese culture. The symposium will include on Saturday morning a discussion on the ‘individual voice’ in a communist or postcommunist society, led by China film scholar Professor Chris Berry of Goldsmiths College, London.”

Films being screened are:

Bristol Docs is an initiative to provide a focus for documentary in Bristol and South West England, on the basis of a collaboration between the University of the West of England, the University of Bristol, and a number of associates, including the Watershed Media Centre. For more information on the symposium visit http://humanities.uwe.ac.uk/bristoldocs/