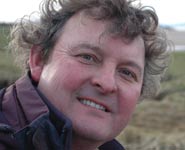 Dr Mark Horton in the Department of Archaeology and Anthropology spoke on BBC Radio Four about the representation of Mayan Civilisation in Mel Gibson’s new movie 'Apocalypto'.

Dr Mark Horton in the Department of Archaeology and Anthropology appeared on BBC Radio Four’s Today this morning to discuss the representation of the Mayan civilisation in Mel Gibson’s controversial new movie Apocalypto. In a spirited exchange with film critic Cosmo Landesman, Dr Horton took issue with the movie’s cavalier approach to chronology and its unsympathetic portrayal of Mayan culture.

You can listen to the discussion in the audio archives on the BBC’s Today website.