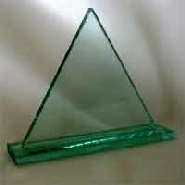 Three scientists at the University of Bristol have each received one of the Royal Society’s most prestigious awards.

Three scientists at the University of Bristol have each received one of the Royal Society’s most prestigious awards.

Only 25 awards are given each year. The three Bristol awards are worth a total of £250,000. The awards are given by the Royal Society ‘to individuals of proven outstanding ability to undertake independent, original research’.

When announcing the initiation of the Royal Society-Wolfson Research Merit Awards, Sir David King, the Government’s Chief Scientific Advisor, said that the recipients of these awards would be like the David Beckhams of the scientific world.

Professor Eric Thomas, Vice-Chancellor of the University of Bristol, said of these ‘Beckhams of Science’: “These are very substantial personal achievements and reflect the esteem in which their work is held by their peers.”

Peter Green looks at how to apply statistical models to the real world. For example, in biology and medicine, even with a fantastically increasing knowledge of genetics and microbiology, we are hugely ignorant of many aspects of animal development and growth, evolution, or disease susceptibility.

In contrast, John Rarity exploits uncertainty. “In my case it is the uncertainty inherent in quantum mechanics,” said Rarity. “There comes a point when we have to accept that quantum mechanics is a good description of nature at the microscopic level, despite some bizarre properties. We can then turn these extraordinary properties to our advantage. This is the fundamental goal of my research in Bristol.”

Utilising single particles of light (photons) Rarity is aiming to produce a hand held quantum device that can top-up a store of ‘secrets’ at each visit to the bank or ATM. These secrets can then be used to encode your PIN in such a way that only you and your bank can see it. Ultimately this could be used to make all our financial transactions totally secure.

Varinder Aggarwal works in the Nobel Prize-winning area of research called ‘chirality’. He explained: “Many important molecules required for life exist in two forms that are mirror images of each other. They are related, like our left and right hands, but they are not the same. This property is called chirality. I am looking at ways we can make one form, rather than the other.”

Many drugs consist of chiral molecules, but when such drugs are made it is vital to be able to produce the two chiral forms separately, since each can behave very differently. One might deliver the beneficial effects, while the other could be very harmful – as happened with the drug thalidomide.

Jointly funded by the Wolfson Foundation and the Office of Science and Technology, the Royal Society-Wolfson Research Merit Awards scheme aims to give universities additional support to attract key researchers, with great potential or outstanding achievement, to this country or to retain those who might seek to gain higher salaries elsewhere.