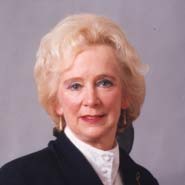 Bristol University has awarded an honorary degree to Betty Topham, Alderman of Bristol. Betty was awarded a Doctor of Laws on Friday, 8 December, for her dedication to charitable causes and tireless work within the community.

Bristol University has awarded an honorary degree to Betty Topham, Alderman of Bristol.  Betty was awarded the degree of Doctor of Laws on Friday, 8 December, for her dedication to charitable causes and for decades of public service within her local community.

Betty has worked as a Save the Children volunteer for over 40 years, helping to raise many thousands of pounds for the world’s disadvantaged children. During this time she became Chairman and President of the charity’s Bristol branch.

A former Councillor for Horfield and Deputy Chairman of the Leisure Services Committee, in 1995 Betty was awarded the title Alderman of Bristol, a senior honorary civic title, by Bristol City Council for over 40 years’ service.

As a teacher herself, Betty has shown a great commitment to education, serving on the governing bodies of three local primary and two secondary schools in Bristol over many years.

In 1977 she set up Bristol CURA Trust Ltd, a charity that helped drug addicts fight their addictions, which operated for over 20 years.

Betty is also a well-known patron of the arts, having served as a Governor of the Bristol Old Vic she also helped to form Horfield Theatre Company, which has appeared at the Edinburgh Fringe Festival.