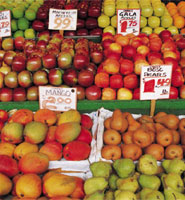 New research has shown that it might be possible to use taste as an indicator as to whether someone is depressed, and as a way of determining which is the most suitable drug to treat their depression.

New research has shown that it might be possible to use taste as an indicator as to whether someone is depressed, and as a way of determining which is the most suitable drug to treat their depression.

Research from the University of Bristol has shown that our ability to recognise certain tastes can be improved by administering drugs usually given for depression.

The researchers gave healthy volunteers antidepressant drugs that increase levels of the neurotransmitters serotonin and noradrenaline. They report today in the Journal of Neuroscience that these tests resulted in the volunteers being able to detect different tastes (salt, sugar, sour, and bitter) at lower concentrations, thus enhancing their ability to taste.

Dr Lucy Donaldson, senior author on the paper, said: "When we increased serotonin levels we found that people could recognise sweet and bitter taste at much lower concentrations than when their serotonin levels were normal. With increased noradrenaline levels the same people could recognise bitter and sour tastes at lower concentrations. Salt taste doesn't seem to be affected at all by altering either of these neurotransmitters."

She added: "Because we have found that different tastes change in response to changes in the two different neurotransmitters, we hope that using a taste test in depressed people will tell us which neurotransmitter is affected in their illness."

Dr Jan Melichar, the lead psychiatrist on the paper, added: "This is very exciting. Until now we have had no easy way of deciding which is the best medication for depression. As a result, we get it right about 60-80% of the time. It then takes up to four weeks to see if the drug is working, or if we need to change it. However, with a taste test, we may be able to get it right first time."

Taste is often thought to be determined genetically and, until now, people assumed it was fixed throughout life. But these studies show that the ability to recognise different tastes can be altered by the neurotransmitters serotonin and noradrenaline and by people's mood.

The volunteers were first tested for their ability to recognise certain tastes. The drug was then administered and two hours afterwards they were asked to take the same test again.

The volunteers were also assessed for anxiety levels, their overall level of anxiety being related to their ability to taste; the more anxious a person was, the less sensitive to bitter and salt taste they were.

These findings may also explain why anxious and depressed individuals have diminished appetite. The results also show that taste is related to anxiety levels, even in generally well people.

The paper: Human taste thresholds are modulated by serotonin and noradrenaline. The Journal of Neuroscience, December 6, 2006, 26 (49).
Please contact Lucy Donaldson for further information.