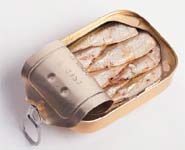 A large epidemiological study on the link between vitamin D and prostate cancer gets underway at the University of Bristol, thanks to a £149,367 grant from World Cancer Research Fund (WCRF).

A large epidemiological study on the link between vitamin D and prostate cancer gets underway at the University of Bristol, thanks to a £149,367 grant from World Cancer Research Fund (WCRF).

The study is being led by Dr Richard Martin, Reader in Clinical Epidemiology in the Department of Social Medicine. Previous research showed men in Japan were less likely to suffer from prostate cancer and it is thought that this is due to the large amounts of oily fish in their diet.

Prostate cancer is rapidly becoming the most common male cancer. Annually, in the UK alone, nearly 30,000 men are diagnosed. Sadly, around 10,000 will die as a result of the disease.

Risk of cancer is not only affected by our genes, but also by our diet and lifestyle. What we eat, how much we weigh and whether we are physically active all play a vital part. Recent laboratory evidence has suggested that vitamin D may protect against prostate cancer. However, few studies have been conducted in humans. Some results proved promising, but due to the small number of people being tested there was no clear conclusion.

Vitamin D can be found in a small number of foods such as oily fish and eggs as well as margarine, breakfast cereals, bread and powdered milk. Most people should be able to get all the vitamin D they need from eating a balanced diet and getting a little sun.

On the outcome of the study, Dr Richard Martin said: “We believe the results will make a substantial contribution to the work of World Cancer Research Fund. Once our work is complete, we hope to provide them with robust information on whether vitamin D reduces the risk of prostate cancer and its progression, which can in turn be translated into a set of recommendations which will be applicable to the wider public.”

Karen Sadler, Head of WCRF UK, added: “As the principal UK charity devoted the prevention of cancer through the promotion of a healthy diet and nutrition, physical activity and weight management, WCRF is very pleased to support this research. The study is central to our mission and provides us with the opportunity to further our knowledge on the link between diet and prevention of cancer. We believe it will deliver key findings that could be applied to reducing the risk of prostate cancer in the future.”