Peace breaks out in dating the tree of life 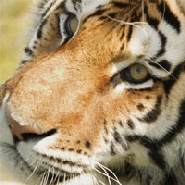 For several decades, paleontologists and molecular biologists have squabbled over dating the tree of life.

The latest debates happened in 2005, when paleontologists accused molecular biologists of misunderstanding their data, of using over-simplified methods, and of ignoring the fossils.  Molecular biologists claimed on the other side that their datasets were huge and irrefutable and that the fossils would never be complete enough information to pin the ages correctly.

After discussions at international meetings in Arizona and Sweden earlier in 2006, Benton and Donoghue proposed a solution that combines the expertise of both research fields, and which should achieve a more reliable answer than has been possible up to now.

In a paper published in the journal of Molecular Biology and Evolution, January 2007, they present a detailed protocol for combining the strengths of both disciplines.  As they say, “The role of fossils in dating the tree of life has been misunderstood. Fossil data are fundamental to molecular clock methodology, providing the key means of clock calibration, but their commonplace use is far from satisfactory.”

Fossils can provide good minimum age estimates for branches in the tree, but maximum constraints on those ages are poorer.  Current debates about which are the ‘best’ fossil dates for calibration are pointless, because the best dates are those that are required.  Paleontologists must focus on considering the most appropriate constraints on the ages of tree nodes.

Because fossil-based dates are constraints, and because molecular evolution is not perfectly clock-like, analysts should use more rather than fewer dates, but there has to be a balance between many genes and few dates vs. many dates and few genes.  Benton and Donoghue provide ‘hard’ minimum and ‘soft’ maximum age constraints for 30 divergences among key genome model organisms; these should contribute to better understanding of the dating of the animal tree of life.

The recommendation by Benton and Donoghue is that paleontologists should stop trying to pinpoint the exact age of any divergence in the tree of life, and concentrate instead on setting constraints.  The oldest fossil provides a clear minimum constraint, the minimum age of the clade in question.  But the maximum constraint could lie a short distance below the oldest fossil, or a long distance.

The vagaries of preservation of fossils mean that it is unlikely paleontologists can ever find the ‘oldest fossil’ in any group.  But if the group is well sampled (i.e., there are lots of fossils), then the maximum age might not be far below the minimum constraint.  If sampling is poor, then the maximum age is nearly impossible to estimate.

After establishing a reasonably confident minimum constraint (statistically speaking, a ‘hard bound’), the maximum constraint can be estimated very roughly (as a ‘soft bound’).  New analytical techniques in analysing molecular data do not require an absolute maximum bound – it’s enough to provide a distribution of probabilities from 100% at the minimum constraint down to 95% at the maximum.  Modelling several such distributions for different nodes in the tree can actually yield good estimates for the  unknown ages in other parts of the tree.  Providing certain estimates are hard (confidently assigned), the soft bounds interact statistically to cancel out improbabilities and to give rather tight estimates of unknown ages.

In a nutshell then: