Breakthrough in treatment for osteoarthritis sufferers 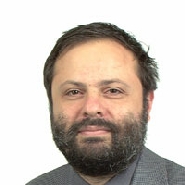 Scientists at the University of Bristol have given arthritis sufferers new hope of an effective treatment after a breakthrough in stem cell research.

Scientists at the University of Bristol have given arthritis sufferers new hope of an effective treatment after a breakthrough in stem cell research.

Professor Anthony Hollander and his team at Southmead Hospital have successfully grown human cartilage from a patient's own stem cells for the first time ever.

This means people suffering from the severe form of the bone disease osteoarthritis, which leaves them unable to walk, could in the future have cartilage transplant operations.

Scientists took stem cells from the bone marrow of pensioners undergoing NHS replacement operations because they have arthritis.

They took just over a month to grow the cells into a half-inch length of cartilage.

And the new technique used by Prof Hollander and his team is expected to overcome the problems of cartilage being rejected after transplants because the patient's own stem cells are used to create the cartilage.

By using stem cells found in adult bone marrow, ethical concerns about the use of human embryos in such research could also be dispelled.

Tests showed the laboratory-grown cartilage is of higher quality than in previous attempts at tissue engineering, which means it should be 'springy' enough to work in joints like those in a knee.

Following the development by the Bristol University scientists, transplant trials on NHS patients suffering from osteoarthritis are hoped for within 10 years.

Prof Hollander's project is being funded by the Government's Biotechnology and Biological Sciences Research Council (BBSRC) and cost more than £100,000 in each of its three years so far.

He has devised a way of making cartilage grow from adult bone marrow stem cells within 40 days in his laboratory.

Prof Hollander described the experiment as a milestone but stressed it was not a cure for osteoarthritis.

He said: "This is clearly a milestone, but at the moment it is simply a technical breakthrough.

"It shows the possibility of a new treatment, and I think it's a very real possibility, but it will be some years before we get it to patients.

"I wouldn't actually call it a cure for osteoarthritis, that would mean the disease goes away, but this means the disease could be managed much more effectively."

And he said it could be good news for younger sufferers because the new treatment could be more effective than painful joint replacements.

But the breakthrough does not mean work stops for his team.

He said: "When you are doing a long-term research project like this, you work hard until you get a success like this, and it's a relief - but then it's nose to the grindstone again."

However, he added the breakthrough would have no effect for sufferers of rheumatoid arthritis.

He now hopes to grow several lumps of cartilage from the same patient, enough to make a transplant possible.

When a patient suffers from osteoarthritis, cartilage - which acts like a shock absorber wherever bone meets bone - becomes damaged and erodes, while underlying bone becomes thicker.

Studies suggest these numbers will double within 20 years.

The Arthritis Research Campaign endowed Prof Hollander’s Chair of Rheumatology and Tissue Engineering and funds much of his work.