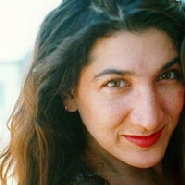 A project aimed at improving understanding of how best to use computers in the field of scientific discovery is being launched by the University.

A project aimed at improving understanding of how best to use computers in the field of scientific discovery is being launched by Bristol University.

The University has signed a three-year contract, worth around £900,000 (1.34 million Euro), with the European Commission to work with institutions across Europe and Latin America.

The Scientific Computing Advanced Training (SCAT) project will provide for 20 research scholarships worth around £11,000 (16,520 Euro) each.

A post-graduate mathematics student from Bristol University will have the chance to spend eight months in Brazil, Chile or Mexico as part of the project.

In addition, 16 students from Latin America will travel to partner institutions in the UK, Spain and France for extended periods of study, including four here at Bristol.

A total of 10 institutions on both sides of the Atlantic are involved as part of the Network for Advances in Computational Science and Engineering.

The project will also see a number of international workshops and meetings related to scientific computing take place in Europe and Latin America.

SCAT will be launched in February next year (2006) in Barcelona and the first workshop will take place at the Daresbury Laboratory in Warrington in June. There will be another workshop held in Chile in January 2007.

Dr Lorena Barba, SCAT co-ordinator and lecturer in applied mathematics at the University of Bristol, said: “During the last 20 years or so, scientific computing has become an essential part of discovery and research.

“In particular, it is vital for the solution of problems that may be insoluble by theory and experiments alone, for example, the prediction of future climates.

“It is also an essential approach when laboratory studies may be hazardous, such as the use of toxic chemicals. It is also useful when traditional means become too expensive or time-consuming.”

Dr Barba, who came to Bristol from Chile four years ago, said that developments in computers had also allowed more institutions access to powerful High Performance Computing (HPC) technology, such as those in Latin America partner countries.