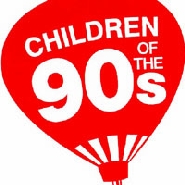 New research has provided evidence for ‘environmental inheritance’, a radical theory of transgenerational genetic adaptation proposed by Professor Marcus Pembrey of the Institute of Child Health, UCL in the mid 1990’s.

New research has provided evidence for ‘environmental inheritance’, a radical theory of transgenerational genetic adaptation proposed by Professor Marcus Pembrey of the Institute of Child Health, UCL in the mid 1990’s

The latest evidence challenges accepted thinking on genetic inheritance, suggesting that historic events can contribute to some common modern illnesses.

The research, published by the Children of the 90s study based at the University of Bristol in collaboration with Umeå University, Sweden, could have far-reaching implications for our understanding of modern health epidemics – such as obesity or cardiovascular disease.

Conventionally scientists believe that how we develop as adults depends on two factors - the genes (DNA) we inherit from our parents, and the environmental influences, such as diet, lifestyle, exposure to pollution from conception onwards

Professor Marcus Pembrey, who is also head of Genetics at Children of the 90s, says that over the long term, the process of Darwinian evolution by random errors in DNA followed by natural selection ensures that the human race adapts to changes in our environment.    But it takes very many generations.

Now there is evidence for another mechanism which no-one had considered… some of the father’s own experiences in his childhood are captured in some way by his sperm, so affecting the genes that he bequeaths to his descendants.

Professor Pembrey's  theory suggests that this short term response system – in effect adjusting the way our genes behave - allows subsequent generations to respond to  threats faced by their parents or grandparents.

The latest findings build on earlier published research using historical records from Overkalix, an isolated community in the North of Sweden.     Professor Bygren at Umeå  University, Sweden went back to records from the 19th Century to look at harvests and food prices, periods when food was scarce or plentiful,  and then looked at the health of the families over three generations.

Professor Pembrey says: “Professor Bygren found that the lifespan of the grandchildren seemed to be influenced by their paternal grandfathers’ access to food, particularly during the grandfather’s slow growth period – that is between the ages of 9 and 12 before they reached puberty.

“Children tended to live longer if their grandfather had endured food scarcity during this particular time of life.”

“If, as we suspected, this reflected some sort of evolved  response to stress or famine across the generations – then it would be worth us looking further into early and prepubertal growth.”

To investigate further, Children of the 90s researchers in Bristol identified 166 fathers (out of over 5,000 smokers) who reported starting smoking before the age of 11 years.    Then they compared the growth of their offspring.

The children of the early smokers were significantly bigger than other children.   After taking into account various other factors, the study showed that early paternal smoking is associated with greater body mass index (BMI) at 9 years in sons, but not daughters.

When the researchers re-examined the Överkalix data, they found remarkable sex-specific effects that suggest the involvement of the X and Y chromosomes-

· Paternal grandfather’s food supply was only linked to the mortality rates of grandsons,

· Paternal grandmother’s food supply was only linked to the mortality rates of granddaughters.

Armed with these clear-cut effects, they were able to discover which periods during the grandparents’ development these transgenerational effects could be triggered.  The importance of the slow growth period was confirmed in both grandparents, but by far the biggest effect of food supply in grandmothers occurred when she was a fetus and infant. These timings suggest that information is being captured at key stages of egg and sperm formation.

Professor Pembrey says: “We believe that together the ALSPAC and Överkalix results provide proof of principle that a sex-specific, male-line transgenerational response system exists in humans.

“We have always known about chemical signals going across from mother to baby in the womb via the placenta – but the new thing is that transgenerational effects can happen in the male too, which brings a whole new layer of inheritance.

“I believe that our results are signs of a response mechanism which has evolved in humans allowing us to adapt to different circumstances from one generation to another.

“There are certain times of life when the environment can trigger a response, which has a ripple effect down the generations.  The benefits of understanding when this exists are very obvious from a public health point of view.

“Our study has shown a new area of research that could, potentially, make a major contribution to public health and have a big impact on the way we view our responsibilities towards future generations.

“For instance:  looking for the causes of the current epidemic of obesity – perhaps we shouldn’t just be blaming the lifestyle of this generation.    It could be that obesity now is a response to lifestyles adopted by previous generations.”