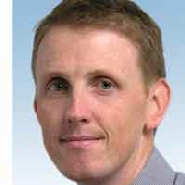 A unique opportunity to gain fresh insight into the evolution of living organisms by linking fossil records with results from genetic research has been awarded to Dr Philip Donoghue from the University of Bristol.

A unique opportunity to gain fresh insight into the evolution of living organisms by linking fossil records with results from genetic research has been awarded to Dr Philip Donoghue, a highly regarded geologist from the University of Bristol.

This blending of two different scientific disciplines has been made possible by a Fellowship from NESTA (the National Endowment for Science, Technology and the Arts) - the organisation that champions UK creativity and innovation.

NESTA's two-year Fellowship, worth almost £75,000, will enable Donoghue to step outside of his academic role and take on an apprenticeship in an entirely new scientific discipline. He will use the time to master the techniques of molecular developmental genetics as he believes that this area of research (largely carried out for its medical implications) can be used to help understand the mechanisms of evolutionary change.

Ultimately, Donoghue hopes to establish a unique laboratory in which he can train a new generation of interdisciplinary scientists. He says: "My proposed work utilises techniques in molecular developmental genetic and studying living animals, to answer fundamental questions about evolution. This research programme will transcend the broadest divide in the sciences - between the life and physical sciences."

Alan Morton, NESTA Fellowship Programme Manager, adds: "NESTA is here to support innovations in science and Donoghue's path of enquiry fits perfectly with the sort of highly original thinkers that we are interested in. He is pushing at the edges of his knowledge and practice, taking a real risk in his academic career, in order to pursue a belief that he could make an important discovery in our evolutionary development. We wish him well in his new endeavour."

Donoghue is currently a lecturer at the Department of Earth Sciences at the University of Bristol. During his academic training he was awarded prizes by The Palaeontological Association, the Geological Society and The Leverhulme Trust.

NESTA's Fellowship programme allows individuals who have a record of high achievement in their field, such as Philip, to push the boundaries of their practice by learning new skills and moving into new disciplines in order to uncover new knowledge and expand understanding for us all.