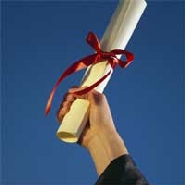 Thirteen universities including the University of Bristol have united to help rebuild the academic strengths of two Indonesian universities devastated by the tsunami.

Thirteen universities including the University of Bristol have united to help rebuild the academic strengths of two Indonesian universities devastated by the tsunami on 26 December 2004.

The British Universities’ Scholarship Scheme for Higher Education Institutions in Aceh, Indonesia, will help the Institut Agama Islam Negeri Ar-Raniry (IAIN) and Universitas Syiah Kuala (UNSYIAH) in Banda Aceh strengthen the research and teaching skills of their junior academic staff to help fill the gaps left by colleagues killed in the tsunami.  The universities lost almost one in ten of their staff and students, and suffered major damage to their infrastructure ­– five months on they are still without direct communication links.

Each of the 13 UK universities in the consortium will waive fees and cover living costs for one full Masters scholarship per year for the next four academic years, giving approximately 52 scholarships over the lifetime of the scheme.  IAIN and UNSYIAH will nominate candidates for the scholarships, who will be selected by the UK institutions based on their normal admission criteria.

The British Council in Indonesia is generously supporting the scheme by providing free English language tuition for candidates to bring them up to the IELTS standards required by UK institutions.

Council director in Indonesia, Professor Mike Hardy said: "This is a wonderful achievement – and so appropriate for the needs of the two higher education institutions.  We hope very much that the contacts established through these scholarships will become sustaining relationships. "

The British Embassy in Indonesia has confirmed that the visa fee for scholars from IAIN and UNSYIAH travelling to the UK will be waived.

The scheme is co-ordinated by the University of Leeds.